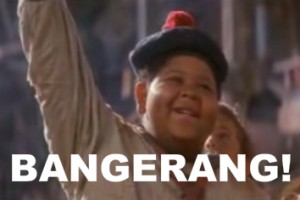 20th Century Fox and And Imagine TV are prepping an epic tv series called ‘The League of Pan’, a Peter Pan themed television series.  This project is the brain-child of writer Brian McCauley Johnson according to Deadline.  ‘The League of Pan’ will be a re-imagining of the Peter Pan universe and will take place in present day and will follow the Lost Boys (no, not Haim and Feldman), who left Neverland ten years ago.

The studios are currently looking for a showrunner to direct and co-write the script with Johnson.  Once there is a showrunner, the project will be shopped around to the networks.  I’m thinking that with the success of shows like Grimm, the studios think that brining these fantasy tales to the small screen might garner an audience.  I would love to see this go to FX.