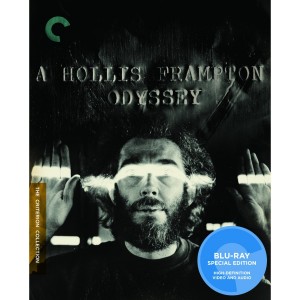 Criterion knocked this release out of the park.  I;m not surprised.  Criterion is the Neiman Marcus of home video releases.  And, with their Hollis Frampton Odyssey bluray, they don’t disappoint.  I would imagine, only film buffs and film majors know who Hollis Frampton is.  If you don’t know who he is, if you love cinema, experimentation, and art, then you will instantly fall in love with Frampton’s films.  Frampton is the godfather of digital art, and this bluray shows you why he got that name.  Simply phenomenal.  This disc gets my highest recommendation.

Basically, the Hollis Frampton Odyssey is a collection of Frampton’s films from 1966-1979.  The disc runs over 264 minutes and is divided into four sections from different times in his life.  Frampton was an experimental filmmaker and it shows in his work.  He was obsessed with computers, art, and pushing the bounds with those realms.  As you get deeper and deeper into the mind of Frampton, you won’t want to escape.  No film is the same as the cover a wide variety of themes, styles, and concepts.  You’re gonna love this ride. The films are listed below.

The Birth of Magellan

The Death of Magellan 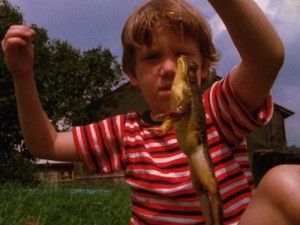 The video is presented in glorious 1080p HD with the original 1.33:1 aspect ratio and looks amazing.  All 24 films look fantastic and flawless.  All the films were shot in 16mm, but you couldn’t tell with this new transfer.  The colors shine bold with a layer of grain that give that 16mm authentic look.  The blacks are deep and inky.  The detail and depth is surprisingly consistent and good.  There were some hints of dirt and scratches here and there, but that is from the original source material, not the transfer. The video presentation looks amazing.

The audio is a mono soundtrack sadly, but it gets the job done.  I just prefer to have a lossless DTS-HD 7.1 sound or 5.1 sound mix. Some of the 24 films are silent in this collection, but the ones that have sound do as much as you can expect from mono.  The dynamic isn’t really there, and there is not a lot of boasting sound, but it sounds beautiful.  I wish there were english subtitles to help decipher some of the dialogue, but I’m not really complaining.  I think all audio transfers today need to be in stereo at least. 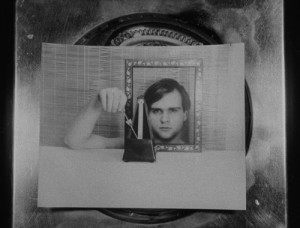 Audio Commentary – Commentary on some of the films by Hollis Frampton himself.  Always well-spoken, Frampton gives great commentary on the selected films, which is a must listen to for all fans.

Excerpted Interview with Frampton from 1978 (HD 23 Mins.) – This is an interview from 1979 with Frampton himself for the Art Institute of Chicago which was moderated by filmmaker Adele Friedman.  Not the best interview, but not bad either.  Some good stuff is on here, but I’d rather have seen the whole interview.

A Lecture (HD 23 Mins.) – This is a cool feature which is a performance piece with Frampton from 1968 at Hunter College.  The original audio is in tack and it was cool to get a close view of his performance.  Very cool.

As I said before, Criterion rolled out the red carpet with this release.  24 films in one package is great in and of itself, but having the prolific and amazing Hollis Frampton world come at you, with some of his lesser known works is a sight to see.  I promise you if you haven’t heard of Hollis Frampton, you will be come a fan.  If this bluray is under $40.00, definitely purchase it.  It’s 24 films.  Just do it.  You will be glad you did.