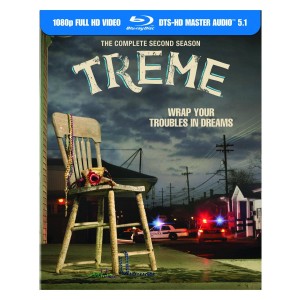 HBO’s second season of ‘Treme’ is just as good as the first season.  It’s a story of character, tragedy, music, and the spirit of New Orleans post Katrina.  HBO really knocked this release out of the park with the excellent extras and superb video and audio transfers.   If you are a fan of the above, you definitely need to pick this up.  This receives my highest recommendation.

The second season takes place a little bit after the first season as we see what all of our favorite characters are doing while either moving to different states or new jobs, all the characters and music make this second season just fabulous.  Fourteen months have passed since Hurricane Katrina, but residents of the Crescent City are finding it harder than ever to rebuild their lives, much less hold on to their unique cultural identity. Some have become expatriates in distant cities. The insurance checks that never arrived for homeowners were followed by the bureaucratic nightmare that was the Road Home program, and a land-grab is underway as developers and disaster capitalists press their advantage. Crime and drug use are up, and corruption and graft are endemic, with civic institutions unable to counter any of it. And yet the culture of New Orleans somehow endures. Below is a season 2 breakdown courtesy of fans.  I loved how we see some of the characters start moving up to the top of their game while others sink lower than before.  I really felt for every character. 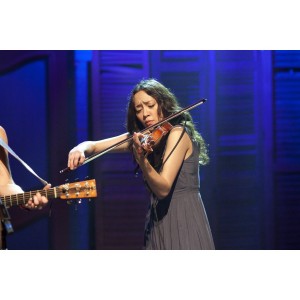 The second season of ‘Treme’ has that glorious 1080p HD transfer and is presented in 1.77:1 aspect ratio.  It looks amazing.  The detail and colors are splendidly vibrant and beautiful surrounding the New Orleans picture.  The detail is so amazing that you can see wrinkles, single hairs on faces, scars, and whatever blemish is on anyone’s face.  I did not notice any aliasing or dirt on the film, but then I again I didn’t expect to.  Flawless video presentation.

The audio has a lossless DTS-HD 5.1 audio mix and is stunningly awesome.  It’s in fact, demo worthy on all accounts.  ‘Treme’ is heavily weighed with that famous New Orleans style of music, which is why this sounds so perfect.  The dialogue is crisp and clear, and the live music in the show boasts all speakers with clarity and amazing dynamics.  You’ll hear the sweet sounds of the horns and percussion, while the guitars strum away nicely.  It sounds like you’re actually in a music venue listening to live music.  Simply phenomenal.  I did not notice any hissing or cracks in the sound. Perfect audio presentation. Both the video and audio are demo worthy. 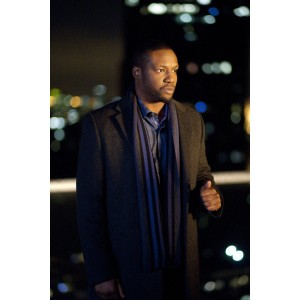 This is a must have for any fan of the show.  The extras are amazing and the video and audio presentations are demo worthy.  I can’t wait for season 3 to start later this year and this second season was just as good as the first.  HBO shows are normally fairly expensive on bluray.  Currently, amazon has on sale for 30% off making it around the $50 range.  If it stays like that or goes lower in price, definitely pick it up.  You’ll be glad you did.