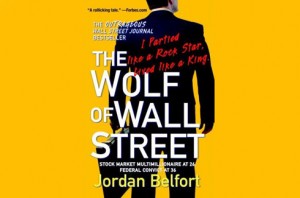 We’ve written about the upcoming DiCaprio/Scorsese project before on the site, and it seems people are getting amped up about it.  The project is called ‘The Wolf Of Wall Street’ which is based on the Jordan Belfort memoir.  With the success of Jonah Hill’s career and his Oscar nomination last year, he has been cast to star alongside DiCaprio for ‘The Wolf Of Wall Street’.

Terrence Winter (creator of Boardwalk Empire) penned the script.  “The film chronicles Belfort’s dramatic rise and fall on Wall Street, along with his hard-partying lifestyle and tumultuous personal life, which included drug and alcohol addiction. Hill will play his close friend, who becomes Belfort’s business partner when the charismatic stock broker persuades him to quit his job in the furniture business to jump into the lucrative, volatile world of stocks.”

Hill was great in Moneyball with Brad Pitt, and it seems he has turned to the more dramatic side of film these days.  I’m looking forward to this and it must be a dream come true for Hill to get to work with Scorsese.