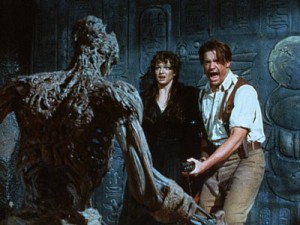 Universal is planning a reboot to their ‘Mummy’ franchise and they hired the ‘Prometheus’ writer, Jon Spaihts to pen the script.  “I see it as the sort of opportunity I had with ‘Prometheus’: to go back to a franchise’s roots in dark, scary source material, and simultaneously open it up to an epic scale we haven’t seen before,” said Spaihts.

Is this a pattern we will see from Universal?  Will they be going back to their catalogue releases and making prequels now?  I certainly hope not.  Sean Daniel will return to produce the reboot.  The three previous films have grossed over $1.2 billion worldwide.  Each film has gross over $400 million.  So it’s inevitable to keep making sequels, prequels, and anything else with this franchise.

No word on casting or a director yet, but I think we’ll be hearing something within the next few weeks about it.  Your thoughts?