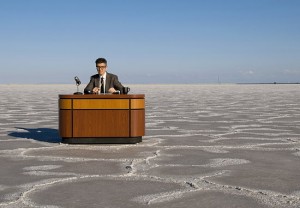 HBO is working with Ira Glass, Owen Wilson, and Rob Thomas (Veronica Mars Creator) to develop a drama series prompted by the series ‘This American Life’ as heard on NPR.  Rob Thomas is writing the script currently and is calling the project ‘Thrillsville’.  The segment in questions was called ‘Midlife Cowboy’ and is about a guy who is dealing with getting older and has a mid-life crisis and rescues two kidnapped kids from Mexico.

HBO has teamed with Rob Thomas, Ira Glass and Owen Wilson to develop a drama series inspired by a “This American Life” segment about a man who deals with a midlife crisis by rescuing two kidnapped kids in Mexico.  James Spring, a San Diego meth smuggler-turned-advertising copywriter, detailed the story of how the approach of his 40th birthday inspired him to do something significant to help others. His quest led him to mount a search for two young girls who were kidnapped in Northern California in connection with drug-trade violence and taken to Baja California.  The media coverage of Spring’s success in finding the girls led him to a new career investigating missing persons cases according to Variety.

Wilson, Glass, and Thomas will all be producing the project.  This sounds a lot like ‘Breaking Bad’, but with a better outcome each episode.   This sounds awesome and anything by Ira Glass is gold, so I’m on board with this one.