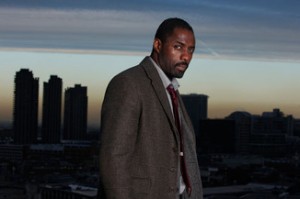 Writer Warren Ellis has teamed up with Vivek J. Tiwary to bring us the sci-fi adventure ‘Ascension’ to the small screen.  Idris Elba is almost set to star in the show double time.  Meaning he will play two characters in the show.  Anything having to do with Warren Ellis or Idris Elba is gold.

Idris Elba played Stringer Bell in HBO’s ‘The Wire’ and is Luther in ‘Luther’.  He is starring in the upcoming epic films ‘Prometheus’ and ‘Pacific Rim’.  And Warren Ellis wrote ‘Ignition City’, ‘Freak Angels’, and ‘Doktor Sleepless’ to just name a few.  Warren Ellis has written the script  which centers around the history and future of astronomy and humankind’s interest in the cosmos.  Idris Elba is considering a potential double-starring in the project, as the Egyptian polymath Imhotep in 3000 B.C. as well as a brilliant astronomer in the near future.  This series is based on an idea from Tiwary and his wife.

This sounds really good, and I hope everything works out for this and it gets a full season.  Your thoughts?