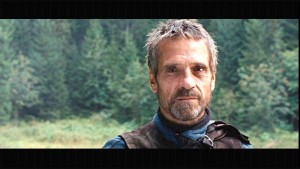 Academy Award-winning actor Jeremy Irons is in final negotiations to join the cast of the supernatural love story “Beautiful Creatures,” based on the New York Times best selling novel of the same name – the first of a hugely popular series written by authors Kami Garcia and Margaret Stohl – it was announced by Alcon co-founders and co-CEOs Broderick Johnson and Andrew Kosove.

Irons will play the role of Macon Ravenwood, Lena’s mysterious and recluse uncle.

A hauntingly intense coming of age story set in the South, “Beautiful Creatures” is about two star-crossed teenage lovers, Ethan, a local boy, and a mysterious new girl, Lena, who uncover dark secrets about their families, their history and their town.

Erwin Stoff (“Water for Elephants,” “I Am Legend”) will produce along with Kosove and Johnson (“The Blind Side,” “The Book of Eli,”) and Molly Smith (“Something Borrowed,” “P.S. I Love You.”) Filming begins next month in and around New Orleans.

Richard LaGravenese (“P.S. I Love You”) will direct from his adaptation.

Irons is currently starring in the FULcritically-acclaimed Showtime drama “The Borgias” whose second season premieres next month and will next be seen in the CBS Films drama “The Words,” where he stars alongside Bradley Cooper, Olivia Wilde, Zoe Saldana and Dennis Quaid.

He was most recently seen in last year’s standout drama about the financial crisis, “Margin Call,” which received an Academy Award nomination for its screenplay.

Alcon, which has film rights to all three books in the series published by Little Brown Books, including “Beautiful Darkness,” and “Beautiful Chaos,” is looking at “Creatures” to kick off a possible franchise at WB.