Michael Bay, Mark Wahlberg, and The Rock Team Up For ‘Pain and Gain’!!! 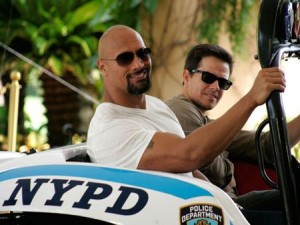 You know what’s awful?  Writing two stories back to back about Michael Bay.  But I guess, he is unstoppable right now.  In addition to the 4th ‘Transformers’ film, Michael Bay will be directing ‘Pain and Gain’.  Yeah you read that right.  What a shitty title.  The film will star Marky Mark of the Funky Bunch and the People’s Champ, Dwayne The Rock Johnson.

And a film like this with this much star power is only being made for $25 million dollars.  That’s like a 5th of the budget for a Transformers film.  Well it seems like Marky Mark and The Rock have asked not to be paid and wait for a supposed big “back end” check when the movie releases.

Based on a true story, ‘Pain And Gain‘ follows a group of bodybuilders who engaged in a campaign of kidnapping, extortion and murder in Florida.  Miami to be exact.  So Bay comes back to Miami.  What?  No ‘Bad Boys’ 3?

I am a huge fan of ‘The Rock’.  I pretty much like everything he is in.  But, I just don’t have high hopes for this film strictly for it being made by Michael Bay.  And supposedly Bay has been working on this film for years now and is very excited to get it made.  I bet it goes over budget and not one camera take lasts longer than 8 seconds.