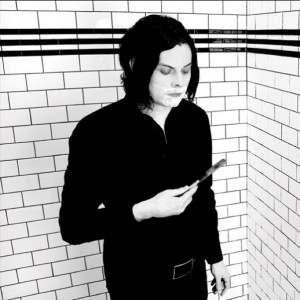 That’s right.  Good news for everyone who likes good music.  Jack White of ‘The White Stripes’, ‘Dead Weather’, and ‘The Raconteurs’ will be releasing his first solo album ever come April 24th.  The album is entitled ‘Blunderbuss’.  Jack White has been involved with tons of artists over the past few years, and we have all been wondering when he would releasing something solo.  And to add even more good news to this story, the single, “Love Interruption,” from the record will be released today and expected to make it available for sale Monday night on iTunes.

White said he produced the album and recorded it at Third Man Studio in Nashville and that the  songs were “written from scratch, and had nothing to do with anyone or anything else but my own expression, my own colors on my own canvas.”

Can’t wait for this to penetrate my ears.  Jack White is the hopeful for the future of rock n roll.