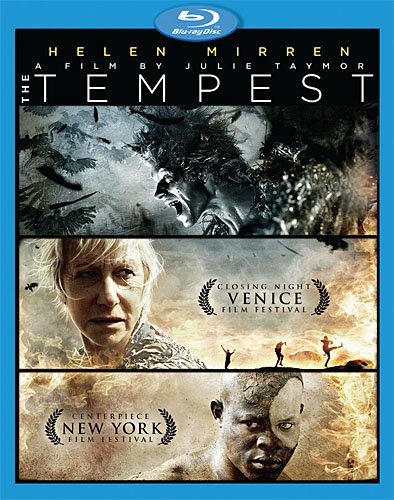 Julie Taymor is at it again with a Shakespearean play with ‘The Tempest’.  Taymor is known for directing ‘Titus’ and ‘Across the Universe’, and not to mention the recent failed attempt to bring Spider-man to the stage.  I have no doubt in my mind that Taymor’s ‘The Tempest’ will be a favorite amongst drama students, English majors, and Shakespeare fans.  Taymor’s visuals are stunning and breathtaking and the cast including Helen Mirren, Russell Brand, Chris Cooper, Djimon Hounsou, and Alan Cumming are all amazing here.  This is a complete  visual experience, and if you are a fan of style and magnificent visuals, then this is the film for you.

Taymor really did a phenomenal job on this modern retelling of Shakespeare’s final work.  It’s magical, thrilling, scary, beautiful, and exciting all wrapped in to its 110 minute running time.  The sorceress Prospera’s journey spirals through vengeance to forgiveness as she reigns over a magical island, cares for her young daughter, Miranda, and unleashes her powers against shipwrecked enemies in this exciting, masterly mix of romance, tragedy, comedy, and the supernatural.  Mirren’s Prospera is awesome.  She just takes over the role.  She steals the movie.  Russell Brand is quite good in this as well.  His charm and goofiness comes to play in this film.  It works.  All the CG effects are top notch.  The visuals and effects are the real star of the film, and it seems that way with almost all of Taymors films.  The spent tons of money on the effects and they are all beautiful and very realistic.  Also the costumes and makeup as well as the combination of colors used really take the film to that next level.  If it weren’t for the insane visuals on screen, this movie would lack quite a bit of entertaining factors and good storytelling. 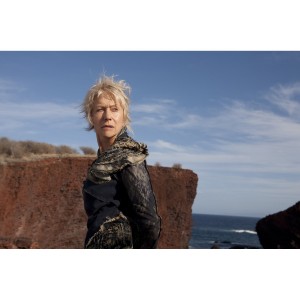 The video is has a 1080p HD transfer and presented in 2.35:1 aspect ratio.  If I can say one thing about this film, it’s that it looks amazingly beautiful.  The colors pop ever so vibrant and it seems like everything is 3D without being 3D.  Te textures are natural and crystal clear and the tones are just beautiful.  The blacks are inky and there really aren’t any flaws or noise.  Really a fine video presentation.  The audio is a lossless 5.1 dolby digital mix and my speakers got a work out.  The dialogue is crystal clear and the score and action scenes are robust and evenly distributed.  It rocked the living room.

– Los Angeles Rehearsal – This little feature shows some rehearsing with Taymor and fellow actors for the film.  Not too much to see, but it is cool to see everything without the visual effects.

– Raising The Tempest – A fairly decent making of the movie featurette with Julie Taymor.  Tons of cool facts and info on here.

– Julie Taymor Audio Commentary – Not my favorite commentary track, but fans of the film and Taymor will love it.  Tons of cool trivia and info.

– Annotated Shakespeare – Another commentary track by a couple of highly respectable Shakespeare scholars.  I found this more interesting than Taymor’s commentary. 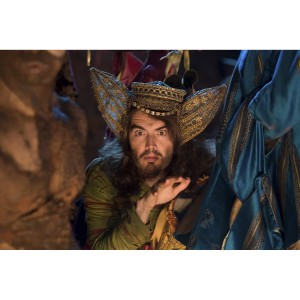 As I said before, if you are a fan of Skaespeare or a theatre student, or you are madly in love with Taymor, then you will fall head over heels for this film.  This movie is more style and visual than story and substance, but it is a lot of fun to watch.  It looks stunning on bluray and a worthwhile bit of extras.  Recommend if you are fans of the above.