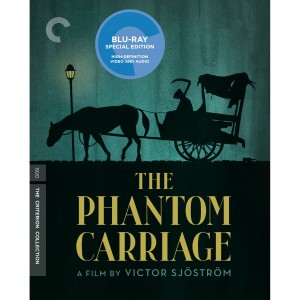 ‘The Phantom Carriage’ has arrived on blu-ray through the spectacular Criterion Collection company.  And once again, Criterion knocks this release out of the park with its stunning hi-def transfer and the amazing extras that is packed on this release.  I’m a huge fan of silent films and this creepy 1921 film by Victor Sjostrom was way ahead of its time and the effects that were done for the time were incredible.  If you are a fan of silent films and horror movies, then this film is for you.  A must buy.

The last person to die on New Year’s Eve before the clock strikes twelve is doomed to take the reins of Death’s chariot and work tirelessly collecting fresh souls for the next year. So says the legend that drives The Phantom Carriage (Körkarlen), directed by the father of Swedish cinema, Victor Sjöström. The story, based on a novel by Nobel Prize winner Selma Lagerlöf, concerns an alcoholic, abusive ne’er-do-well (Sjöström himself) who is shown the error of his ways, and the pure-of-heart Salvation Army sister who believes in his redemption. This extraordinarily rich and innovative silent classic (which inspired Ingmar Bergman to make movies) is a Dickensian ghost story and a deeply moving morality tale, as well as a showcase for groundbreaking special effects.  From Criterion.  I don’t want to give anything away, but you will love this film from start to finish.  The performances are magnificent and the idea of this whole film is just so creative yet simple.  It is known that Stanley Kubrick drew a lot from this film for his film’ The Shining’.  What a wonderful and haunting little film. 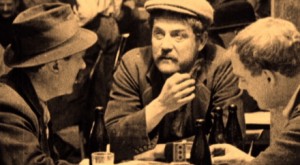 The video definitely packs quite a hit.  For being filmed almost 100 years ago, this hi-def transfer presented in 1.37:1 aspect ratio looks amazing and is definitely the best this film has ever looked on any past release.  There are tons of scratches and blemishes and flaws, but Criterion does their best to clean them up and make the whole presentation look amazing.  The contrast is wildly maintained and the blacks are inky and consistent.  Definitely great video presentation.  The audio well of course is silent, but the score is presented in a lossless audio in dts-hd 3.0.  It sounds good and new. 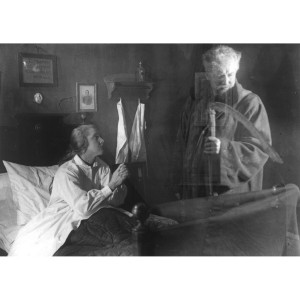 For fans of silent films, this might by one of the jackpots you will hit all year.  This film itself is amazing and the transfer is the best this movie has have been.  You won’t get much better than this.  And there are tons of excellent extras to suit your fancy.  Criterion rolls out the red carpet for ‘The Phantom Carriage’ and rightfully so.  It shows that Criterion loves film.  Get it.