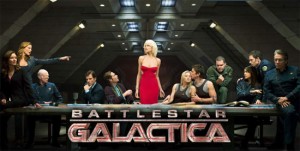 Bryan Singer (Valkyrie) is taking the wheel with a big screen adaptation of the 1978 TV series. He’s as giddy as a schoolboy, as is his screenwriter, John Orloff (A Mighty Heart).

“I would pass on the job rather than frak it up,” Orloff is reported to say, indicating his love for the franchise.

Singer has wanted to direct this film for at least a decade, especially now that his Excalibur remake is no longer in the works (see, now THAT piece of unoriginality could have been a great film.) It could still be awhile before Battlestar goes into production, since it’s Singer’s style to wait until everything is ready. With Orloff’s writing talent, however, it shouldn’t be a horrific wait.