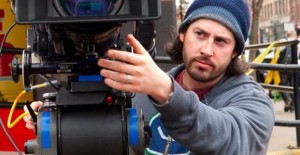 The movie will be produced by Academy Award®-nominated producers Lianne Halfon and Russell Smith of Mr. Mudd Productions, along with Reitman and Helen Estabrook of Right of Way Films.

Adapted by Reitman and based on the novel by Joyce Maynard, LABOR DAY tells the story of an escaped convict (Brolin) who seeks shelter with a single mom (Winslet) and her young son over a long Labor Day weekend.

Indian Paintbrush, Mr. Mudd and Right of Way Films also produced the upcoming Paramount Vantage film “Jeff, Who Lives At Home,” starring Jason Segel and Ed Helms. Directed by Jay and Mark Duplass, the movie is set for release in March 2012 and will have its world premiere at the 2011 Toronto International Film Festival.