Bryan Says ‘Don’t Be Afraid of the Dark’ Is A Scarier, More Hardcore ‘Gremlins’!!! (A Movie Review) 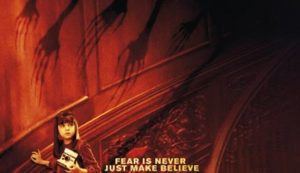 I’ve been looking forward to the Guillermo Del Toro produced horror film ‘Don’t Be Afraid of the Dark’ for quite some time.  No, it isn’t a spinoff or the inspiration from the Nickelodeon show ‘Are You Afraid of the Dark’.  It is a remake of the 1973 made for tv movie of the same name.  I did not know what to expect really from the movie before I watched it.  I was thinking it was going to be all horror, but to my surprise it was a much scarier, more hardcore horror film in the vein of the 80’s film ‘Gremlins’.  This is ultimately a kids film.  A very scary, dark, brutal kids film. When I was 10 or twelve years old, and I watched this, I would have nightmares for months.  This would have scared the shit out of me.

We first meet Sally (Bailee Madison), a ten or so year old girl who is forced to live with her dad (Guy Pearce) and his girlfriend (Katie Holmes) far away from her mother who doesn’t want her anymore.  Her dad is was at one point a successful home renovator and he has this new project of a massive historical home that he is renovating to get himself back on his feet.  The home was occupied by a man named Blackwood back in the old days who was a famous artist.  Early in the film we see some really vicious stuff happen that ultimately is the demise of Blackwood.  Cut to present day, Sally is exploring this new gigantic house and hears tiny voices calling her name.  She discovers a large basement that has been sealed up and for good reason.  She makes her way down with her father to inspect the basement to find out that it was Blackwood’s basement where he dealt with the occult and his much darker paintings.  The tiny voices Sally hears are much clearer and distinct now and seem to be coming from an old furnace that haas been securely locked up.  Well, Sally thinks these voices are friendly and she unlocks the furnace and we see numerous very tiny monsters run about.  All seems innocent for a short amount of time, until we realize what these little monsters have  on their agenda.

From here on out, these little devils are after Sally, and she tries to fend them off with help, but nobody will believe her.  The little monsters are all done with CG and they are actually very creepy and blood thirsty.  ‘Don’t Be Afraid of the Dark’ thrives on extreme tense situations and that thought of “something evil is lurking in the shadows and always watching me” kind of feel.  It works.  But it plays better to a younger group of people than to adults.  I wish I would have seen this movie growing up.  I would have had lovely nightmares for days.  Even months.  I definitely recommend ‘Don’t be afraid of the Dark’.  The ending is solid and completely disturbing and the tense moments are throughout the film and deliver the chills, thrills, and ultimately will fulfill you.  See it.