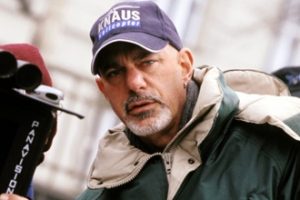 July 28, 2011 – Los Angeles – CJ E&M Pictures and Grapevine Entertainment have attached Rob Cohen (The Fast and the Furious) to direct 1950, the largest budgeted project ever undertaken by the Korean film industry, at $100m. Production is expected to begin in May 2012 with a planned release date of spring 2013. An untold story of courage and endurance during the Korean War, 1950 is an epic adventure, based on the Pulitzer Prize-winning dispatches from the front line by legendary New York Herald Tribune correspondent Marguerite Higgins.

1950 is being produced by CJ E&M Pictures of Korea and Grapevine Entertainment, alongside Brett Donowho and executive producer Paul Hudson. The producers developed the story, and commissioned a screenplay from Rachel Long and Brian Pittman (Silver Falls and Stranded). Marguerite Higgins, the Tribune’s then Far East bureau chief, who had covered the liberation of the Nazi concentration camps at the end of WWII, initially found herself banned by the US Army top brass from covering the Korean conflict, simply because she was a woman. Her persistent efforts to overturn this ruling eventually won her special permission from General Douglas MacArthur to work alongside the front line troops.

1950 follows Higgins’ journey across the Korean peninsula with a platoon of marines, ending with the mass evacuation on Christmas Eve of nearly 200,000 South Korean civilians escaping the oncoming Chinese and North Korean armies.

CJ and Grapevine are in discussion with A-list Hollywood and Asian talents to fill the key leading roles of Marguerite Higgins, the leader of the Marine platoon, Captain Darren, and a Korean Katusa, Sunjae Lee. Grapevine and CJ are in advanced negotiations with a major worldwide distribution company to handle the release of the film outside of Korea, which CJ will handle.

CJ E&M Picture’s Head of International Financing and Production, Sean Lee said “While 1950 is based on a very special event in Korean history, we are confident that CJ and GV can elevate this tale into a film that will resonate with the audience worldwide.” His enthusiasm was echoed by John Han of Grapevine Entertainment, in announcing the project, remarked, “We are proud and excited to bring to the screen in a major motion picture the story of this remarkable, brave and pioneering woman, who now lies buried alongside Presidents and heroes in Arlington National Cemetery.”

Not sure why Rob Cohen was given this to direct, but I guess time will tell on how this will turn out.  I don’t see this doing well in the USA market.