HBO’s ‘Entourage’ Series Will Jump To The Big Screen!!! 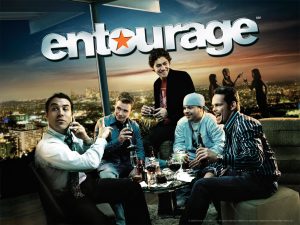 At a TCA session dedicated to HBO’s ‘Entourage’ final season, show co-creator Mark Wahlberg said that he and the other co-creator of ‘Entourage Doug Ellin wanted to bring the show to the big screen.  Wahlberg said he wanted to finance it himself if he had to.  And Doug said “We’re going to do a movie.  We’re going to do it, the questing is when and how quickly. Hopefully we’ll come down with an idea and make it happen.”

Wahlberg said, “I’ve been telling Doug, The Hangover is to me very much like Entourage, and look at all the recent success of R-rated movies.”  This should be a fun movie, and I can see just tons and tons of cameos by big stars joining the film.  So I guess since they will do this movie, I’d imagine the series finale will be open ended.