Take A Look at The Trailer for ‘Red Tails’ which is a George Lucas Produced Film!!! 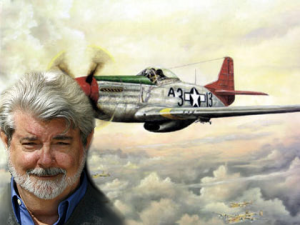 Now, this is what Lucas should do.  Only produce.  This movie looks AWESOME!!!

So, George Lucas is making a WWII movie? Hey GL, stick to what you know; Cowboys in space, droids, pissing off your viewers and merchandising.

I hope for the sake of the content and subject matter of this movie – YOU do not screw it up. The Tuskeegee Airmen movie was already made once.