BRYAN’S MUST OWN BLURAY/DVD’S FOR THE LAST WEEK OF JULY!!! 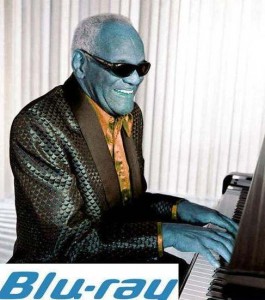 Some AWESOME titles this week were released.  A fairly small week, but the an amazing week.  So let us jump right in and get to all the goodies.  Some of the must own blu-rays include ‘National Lampoon’s Animal House’, ‘Blues Brothers’, plus some other goodies.   As usual, in this article, you will get some info about the disc and the extras that come with the movie as well as a personal opinion about the movie and a link to purchase the film over at AMAZON where you can save quite a bit of money, and it will give a small percentage kick back to this site so we can continue bringing you excellent stories and sales.

So glad this is out in HD.  Finally.  On this disc you will get both the theatrical and extended editions of the film.  This movie is on a mission from God.  Everything about this movie is amazing.  The music, the car chase, the comedy, the action, and everything else in between.  Belushi and Aykroyd are genius in this film.   The Ray Charles performance is so satisfying and the Cab Calloway performance of Minnie the Moocher is so awesome.  So happy to have this film on bluray.  A must purchase.

A movie that stars Bruce “man-god”  Campbell.  That’s all you really need to know.  The movie is based on his character fro the hit tv show ‘Burn Notice’.  Follows Sam Axe on a mission in Latin America and gives us a glimpse into his military past.  I just need everything Bruce Campbell.  It is all amazing.  Get it.

I have not seen this yet, but the premise sounds a lot of fun.  It stars Brandon Routh (Superman Returns/Scott Pilgrim) plays a supernatural private eye, Dylan Dog, who seeks out the monsters of the Louisiana bayou in his signature red shirt, black jacket, and blue jeans.  Sounds fun doesn’t it?  Can’t wait to check it out.

BADASS.  Criterion rolls out the red carpet yet again for this film.  “Jean-Paul Belmondo dons clerical robes and delivers a subtly sensual performance for the hot-under-the-collar Léon Morin, Priest, directed by Jean-Pierre Melville. The French superstar plays a devoted man of the cloth who is the crush object of all the women of a small village in Nazi-occupied France. He finds himself most drawn to a sexually frustrated widow—played by Emmanuelle Riva—a borderline heretic whose relationship with her confessor is a confrontation with both God and her own repressed desire. A triumph of mood, setting, and innuendo, Léon Morin, Priest is an irreverent pleasure from one of French cinema’s towering virtuosos.”  Tons of extras

Yet another Criterion release this week.  “In Life During Wartime, independent filmmaker Todd Solondz explores contemporary American existence and the nature of forgiveness with his customary dry humor and queasy precision. The film functions as a distorted mirror image of Solondz’s acclaimed 1998 dark comedy Happiness, its emotionally stunted characters now groping for the possibility of change in a post-9/11 world. Happiness’s grim New Jersey setting is transposed to sunny Florida, but the biggest twist is that new actors fill the roles originated in the earlier film—including Shirley Henderson, Allison Janney, and Ally Sheedy as alarmingly dissimilar sisters, and Ciarán Hinds hauntingly embodying a reformed pedophile. Shot in expressionistic tones by cinematographer extraordinaire Ed Lachman, Solondz’s film finds the humor in the tragic and the tragic in the everyday.”  Tons of extras.

“This is one of those movies that works for all the wrong reasons–disgusting, lowbrow, base humor that we are all far too sophisticated to find amusing. So, just don’t tell anyone you still think it’s a riot to watch John Belushi as the brutish Bluto slurp Jell-O or terrorize his less-aggressive fellow students. This crude parody of college life in the ’60s spawned many imitations, but none could match the fresh-faced talent or bad taste of this huge box office success. (Remember all those toga parties in the ’80s?) The first of the National Lampoon movies, this was originally released asNational Lampoon’s Animal House. Keep an eye out for a very young Kevin Bacon in his first credited screen appearance.”  This is a must own in any movie collection.  Do it.

“A helicopter pilot (Gyllenhaal) recruited for a top-secret military operation finds himself on a startlingly different kind of mission in Source Code, a smart, fast-paced action thriller that challenges our assumptions about time and space. Filled with mind-boggling twists and heart-pounding suspense, Source Code is directed by Duncan Jones (Moon).”  This is a fun movie with tons of excellent surprises.  Worth getting.

That’s it for this week.  Stay tuned for next week for more goodies.