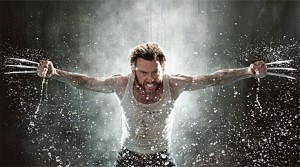 This competition for director of the Wolverine sequel has been going on forever it seems like.  THere have been quite a few people up for the job and some who have been offered but later dropped out.  Such as Darren Aronofsky who dropped out a few months ago.  Well Hugh Jackman and Fox has picked their director.  And that director is James Mangold.

James Mangold has a pretty interesting resume.  He directed ‘3:10 To Yuma’, ‘Cop Land’, ‘Girl, Interrupted’, and ‘Identity’.  But he also directed the recent fucking turd of a film ‘Knight and Day’.  Final talks and negotiations are about to start and let’s hope that everything will go smoothly and that the sequel will be better than the first film.  My hopes are not high for this though.  But man, it would be so fucking cool to see a ‘3:10 To Yuma’ style Wolverine film.  Sadly I’m sure we will get a ‘Knight and Day’ style film.