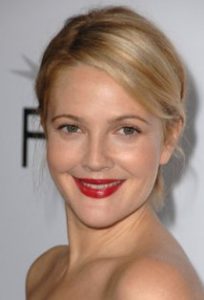 Actress/Producer/Director Drew Barrymore will direct and produce a new film from Warner Bros. called ‘Heist Society’.  This film is based on a book by Ally Carter.  There was a multi-studio bidding war going on for the rights for this film.  Let’s hope Warner made the right decision.  Barrymore directed the critically acclaimed ‘Whip It’ about the Roller Derby game.

“The book ‘Heist Society’ follows a young woman named Katarina Bishop who hails from an extended family of cat burglars and master thieves. The girl leaves her illicit life behind, but when her father is the prime suspect in the case of a mobster’s missing art collection, she assembles a crew to track down the art and steal it back.”

Shauna Cross will adapt and pen the screenplay.  Shauna wrote ‘Whip It’ which Drew Barrymore was a part of and wrote the upcoming ‘What To Expect When You’re Expecting’.  Warner will be upping the age of the characters to 20 somethings for the film adaptation.  I’m not sure what to expect from this, but I’m thinking or hoping for an ‘Ocean’s 11’ type of film, but I think I will be wrong in that assumption.