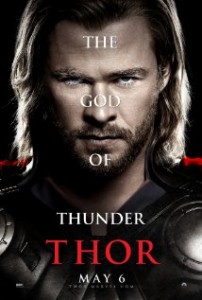 Marvel and Paramount must have tons of faith in Thor, because it has already been given a sequel and release date.  The date is set for July 26th, 2013, and so far Chris Hemsworth will return to play the Mighty Thor.  No word on if any of the other cast will return.  I’m sure they will.  But director Kenneth Branagh will not be back.  Sources say he declined and it went down mutually and amicably.

Branagh sat back and watched ‘Thor’ score over $400 million at the box office, and it’s still playing in some territories making money.  Things seem fishy here.  We wrote about Jon Favreau’s relationship with Marvel and how strained it was.  Which is why he eventually left the Iron Man franchise.  I really think Marvel steps in way too much and gives the artists and talent big fucking headaches with what the want.  I think this is what happened with Branagh.  And let’s not forget that ‘Iron Man 3’ will come out May 3rd of 2013, just a couple of months before ‘Thor 2’.  So I bet there will be tons of directors wanting this directing job for Thor 2.  Who would you want to see make the sequel to ‘Thor’?