Russell Crowe Is Looking To Direct His First Film With “77″!!!! 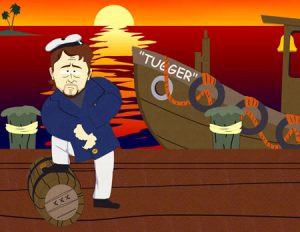 “Makin’ movies, makin’ songs, and foightin’ round the world!!”  LOL!  Russell Crow is eyeing his next project which he wants to star and direct which will mark his directorial debut.  The film is  called “77” and is a period cop film according to Deadline.  The script  was written by David Matthews which was a re-write of an older script by James Ellroy.

This is interesting in the fact that James Ellroy and Russell Crowe have worked together previously on a little film called “L.A. Confidential”.    Crowe has been wanting to direct something for years now, and this seem like this will be a great start for him.  The film looks to be brutal, fun, and very tense and dramatic.  “It deals with the unsolved murder of an LAPD officer, and the nationally televised shootout in South Central L.A. between the Symbionese Liberation Army and the LAPD, where 50,000 rounds of gunfire were exchanged.”

This has been officially put on my radar.  Your thoughts?