A New Zorro Film Is Coming To A Future Post Apocalyptic World Near You!!! 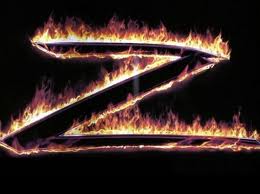 Another few years have gone yet another Zorro film.  But this time, it won’t be the Antonio Banderas Zorro directed by Martin Campbell.  It won’t even be the same story for the most part or same time period.  Basically just forget everything we have learned from the past about Zorro and let us begin a new with “Zorro Reborn” which is what this upcoming project is being called.

So forget about the Zorro or Don Diego de la Vega (his real name) as you know with the swords and the western type setting.  Instead, picture Zorro way in the future.  A future that is a post apocalyptic backdrop with Zorro fighting for justice.  Interesting concept right?

A few excerpts from the article at LA Times:

In this version, Zorro will be less a caped crusader for justice than a one-man vigilante force bent on revenge, in a western story that has echoes of both Sergio Leone and “No Country for Old Men.”

The movie will be directed by Rpin Suwannath, a previsualization specialist who worked on a number of the “X-Men,” “Matrix” and “Chronicles of Narnia” movies.

The “Zorro Reborn” script has been written by Lee Shipman and Brian McGreevy, the screenwriters behind the Dracula reboot “Harker” at Warner Bros.

So with this information, I really have no idea what to think.  I guess it could be cool if was like a “Book of Eli” or “Mad Max” type of thing, but who knows.  They should just remake “ZORRO: THE GAY BLADE”!!!