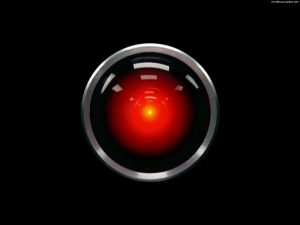 Some cool news on this Friday morning for you.  This almost sounds fake, but this is almost sort of a chance finding of strange events.  But 17 minutes of footage was found in a salt mine vault in Kansas of Stanley Kubrick’s sci-fi masterpiece, “2001: A Space Odyssey”.

Now that is some cool news right?

Now before we all go insane with happiness and start tripping acid in a theater to watch an extended cut of one of the best sci-fi films of all time, let me state a few things.

A) This finding by no means that the public will ever see this extra footage on a future release.

C)  Most importantly, we have grown up and fallen in love with this movie as it is and consider it PERFECTION.  Maybe by adding to it, might make it NOT PERFECTION.  Just look at Star Wars.

Now Douglas Trumbull and David Larson who were working on the now canceled “2001” documentary said the  footage that was found was in perfect condition, though they did not know the plans for the found footage.

Say what you will, but new Kubrick is new Kubrick.  And that is news worthy.