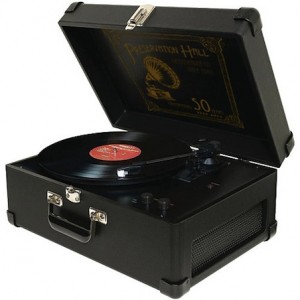 The coolest person in the world, “Tom Waits” has been working with New Orleans institution “The Preservation Hall Jazz Band” on the benefit LP preservation which was inspired by an old 78 rpm recording called “Tootie Ma is a Big Fine Thing” which is a Mardi Gras Indian street Chant by Danny Barker.

So the Jazz Band and Tom Waits have been doing their version of this song and will be released as a 78 LP on November 19th.

There will only be 504 copies available of this record to purchase.  In addition, since most record players only have the options of 33 and 45, they will be releasing a 78 record player with the record.  Only 100 players will be made for purchase.  The player itself is AWESOME.

The record itself can be purchased for a donation of $50.00 to the Preservation Hall Junior Jazz & Heritage Brass Band.  And the record player + record can 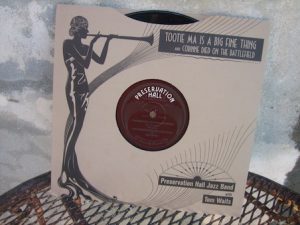 be purchased for a donation of $200.00 to the Preservation Hall Junior Jazz & Heritage Brass Band.

Both packages will be available for purchase in person at the New Orleans Preservation Hall on November 19th at 10:00 a.m. and online on November 20th by clicking HERE.

If you are a Tom Waits fan and a fan of New Orleans music, then try and get this rare gem.  I know I will.