“The Fighter” Trailer is up in Glorious Quicktime 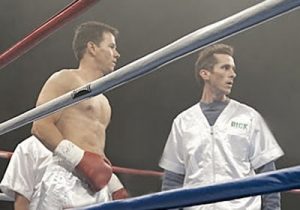 The synopsis: “The Fighter” is a drama about boxing champ “Irish” Micky Ward and his half-brother Dicky, a boxer-turned-trainer who rebounded after nearly being destroyed by drugs and crime.”

This looks to be an Oscar contender and one of the better boxing movies to come out in a while.

According to IMDB, David O. Russell is slated to direct the adaptation to “Pride and Prejudice and Zombies starring Natalie Portman.  Cool.