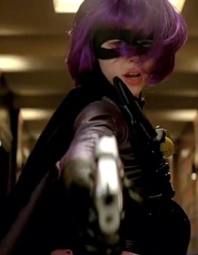 Chloe Moretz is becoming, scratch that, is one of the coolest new teen actors. With roles like Hit Girl in Kick-Ass, and Abby the Vampire in “Let Me In” to just a name a couple. Now she will play comic book character, Emily the Strange.

Universal Pictures has acquired rights to the Dark Horse comic Emily The Strange, and Moretz is attached to play the title role of the odd but stylish young lady.

Pic will be produced by Dark Horse’s Mike Richardson, and Reger will be exec producer along with Keith Goldberg.

“When I first met Chloe I knew I found my Emily,” Reger said. “She really identifies and understands the character, and has what it takes to bring her to life.”