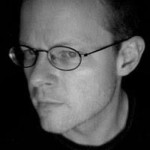 It has nothing to do with ambivalence on the part of the reviewer but rather a desire to maintain a spoiler-free experience for moviegoers yet to come. In a time when Hollywood seems hell-bent on telling the same story and over again—practically requiring that any variation on theme be revealed in the trailer—, who am I to do damage to one of its few original, thought-provoking works by revealing too much?

Coherence is one such movie.

And you’ll want to know as little about it ahead of time as possible.

Here’s the safe synopsis:  Eight friends gather for a dinner party on the same night that a comet passes perilously close to the earth. Hilarity ensues. Okay, maybe not that last part, but to tell more is to risk ruining one of many surprises. Suffice it to say, the presence of said comet has a profound effect on the partygoers, not only bringing into question their relationships with one another but with themselves as well.

What Coherence may lack in over-sized summer set pieces, it more than makes up for with its script, effectively re-creating the conversations that might take place across a dinner party table while simultaneously giving us very telling glimpses into each character’s past.  Of course, great dialogue would be meaningless without a stellar cast to speak those words. Perhaps the most recognizable cast members—especially to fans of the sci-fi genre—are Nicholas Brendon of Buffy the Vampire Slayer fame and Elizabeth Gracen from Highlander: The Raven, though you’ll doubtless be IMDb’ing the other actors to figure out where you’ve seen them before as well as where you can see them again.

It’s a rare ensemble that can pull off the sense of personal history so quickly constructed amongst these friends. Of course, the single setting doesn’t hurt. Despite what some might consider a limitation, the movie alternately uses its limited environment to instill feelings of danger, isolation, containment, and collusion. The biggest trick is never allowing us to believe the movie could have succeeded as a stage play, employing cuts to black to show the passage of time throughout the night as well as a somewhat eerie tone. Granted, Coherence may never attain blockbuster status or spawn countless sequels, but then it’s likely to stick with you far longer than the standard Hollywood fare. Kudos to writer/director, James Ward Byrkit. I highly encourage you to seek it out.