It is impossible to avoid comparing Beyond The Infinite Two Minutes to a previous Fantastic Fest favorite, One Cut of the Dead. It uses a similar, though much less effective, repetition mechanic. The much shorter repeated loops limit how much impact each reveal can carry.  Additionally, this story doesn’t deliver that same joyous, emotional punch, although the script is light-hearted and often goofy, including plenty of Bill and Ted-style bits about remembering to set up future props/jokes. This high concept yet very small scale story is filmed in a single-shot style, with an iPhone, and comes Recommended!

In Beyond The Infinite Two Minutes, Kato, A cafe owner, closes shop for the night and discovers that his bedroom computer is linked with a video feed to another computer in his shop. The mysterious two-way video connection has a two-minute delay… but in reverse, showing him a view of two minutes into the future. After a brief (two-minute) conversation with himself, Kato is convinced this phenomenon is real when he makes the (two-minute) walk back to his cafe and ends up delivering the other half of the previous conversation, now speaking to his past.

This loop, experiencing a 2-minute conversation, and then seeing it again with new context is cleverly repeated with increasing complexity and a slowly growing cast of characters. How far forward and backward can you, or should you look? How do different people react to this bizarre glimpse through time, and how can it be further exploited financially and for love? 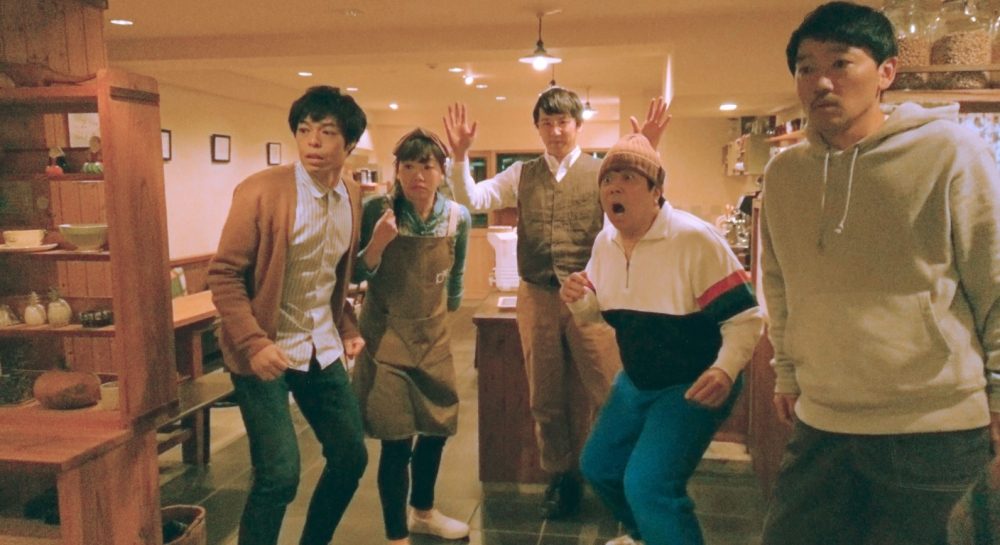 The cinematography is a little awkward at times, moving through the cramped set and masking cuts, but the movie is meticulously choreographed and timed. Without the continuous, sometimes claustrophobic POV, the movie would lose much of its immersion and momentum. Not interested in answering the time travel mechanics/causation questions (one character saying “It’s easier to just see for yourself” the moment I tried to dissect how this was all going to work) it is instead focused on the question of “Are we controlled by our past or do we choose our future”?

Beyond The Infinite Two Minutes is surprisingly engaging and clever for a movie designed to retread so continuously. In the end, it’s a universal story about the past holding us back from our best possible future. Can we break out of our loop? With such a successful first cinematic effort, I cannot wait to see what this team creates in the future. Recommended!

Artwork and Written by: Alex Spivey 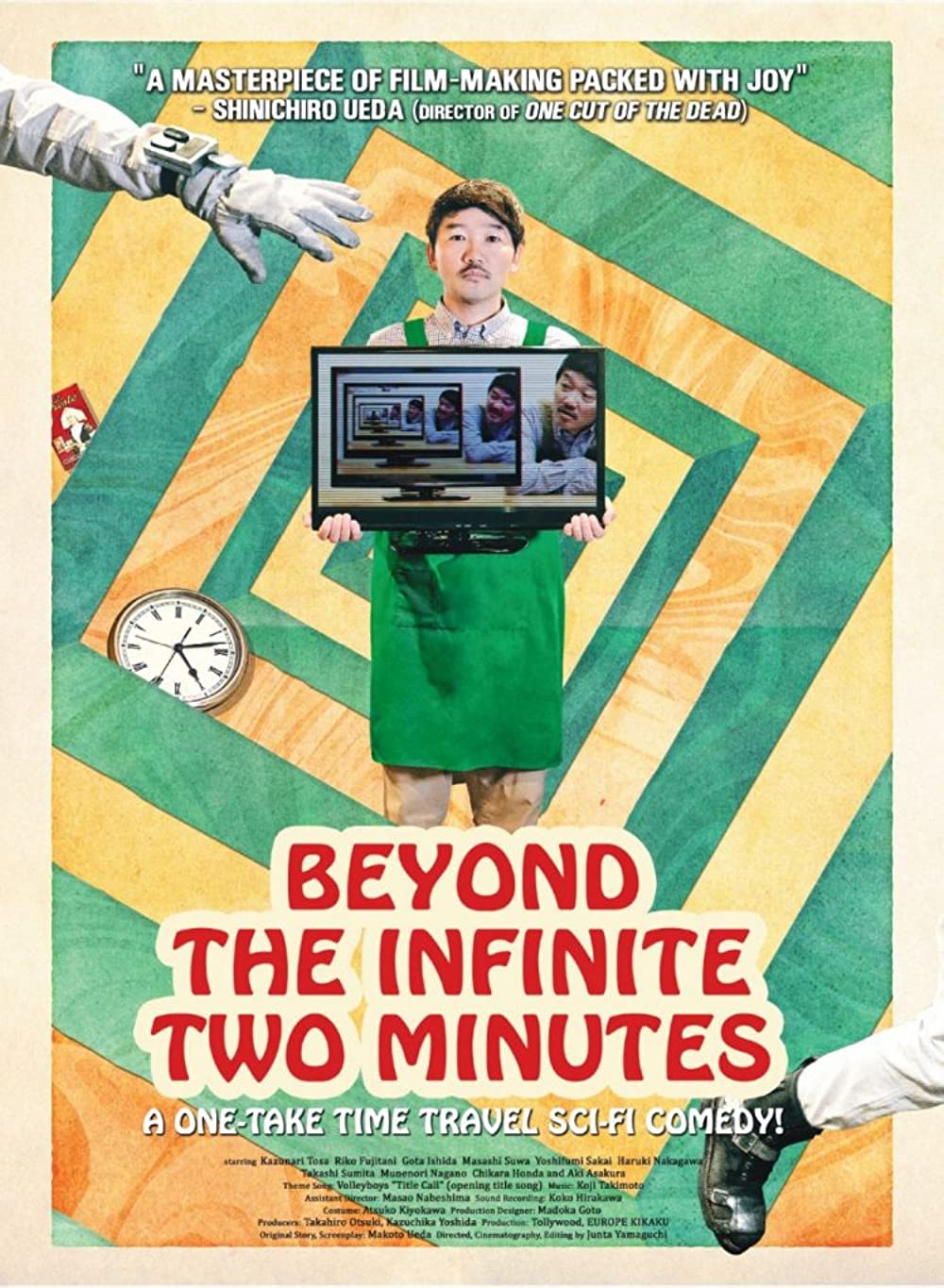