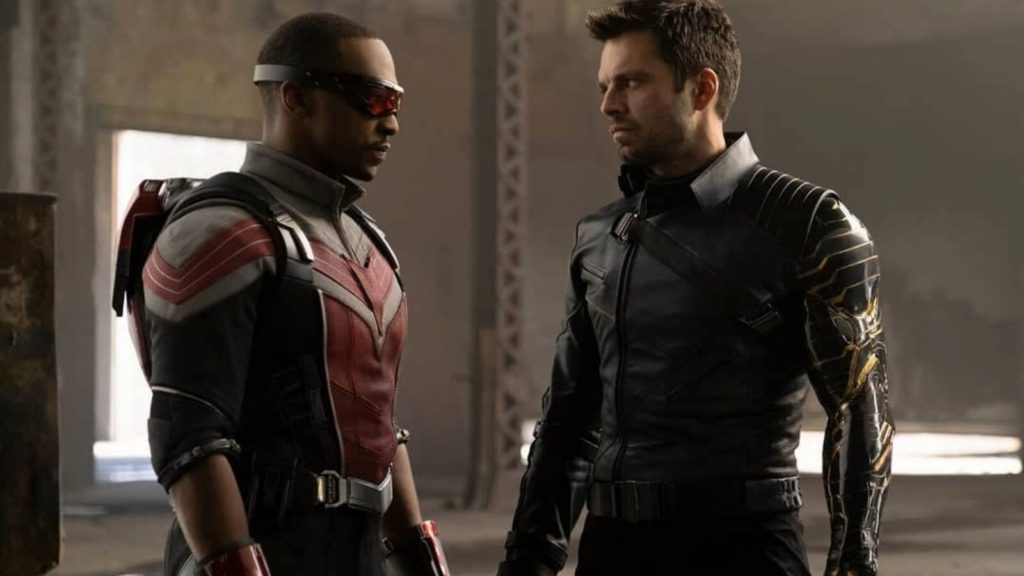 “The Falcon and The Winter Soldier knocks it out of the park.”

The Falcon and The Winter Soldier premieres with an episode that fully establishes the MCU’s investment in Disney+ shows is one of the smartest choices Marvel has ever made in regards to its heroes. Falcon and The Winter Soldier delivers an incredible action set piece, discussions of legacy and heroism, gives insight into the character’s pain, touches on complications of race, and introduces villains who feel organic to the World after Avengers: Endgame.

In all the 23 MCU movies we have only seen Sam and Bucky in five or six of them. Neither character has had their own standalone movie and they always operated as secondary characters to the leads of Cap and Iron Man. Much like WandaVision operated as an avenue to make up for that lost character development time with Wanda, Falcon and The Winter Soldier is already on track to deepen our relationship with Sam and Bucky for the future of the MCU. In the opening 47 minute episode, the audience learns more about Sam and Bucky as men than their entire film appearances combined.

The episode opens with Sam reliving the moment Cap handed him the shield at the conclusion of Endgame as Sam prepares to donate the iconic shield to the Smithsonian Museum. As Sam makes this decision we have whisked away to his last mission before this moment. Sam is working for the United States Air Force as a contractor. This mission is to rescue a captured general from a terrorist group called LAF who Sam’s operator has been tracking online. This group wants the World to return to the way it was during “the blip” by destroying any semblance of borders. Sam has to rescue this prisoner from a plane before it crosses into foreign airspace. This action sequence rivals anything that has been seen in a standalone Iron Man movie when it comes to aerial combat. It was a ten-minute thrill ride that highlighted what an absolute badass Sam is when he dons the Falcon wings.

Meanwhile, Bucky is struggling to come to terms with his past by attending therapy sessions and following a strict set of rules that are part of his pardon received by the Government. Bucky has a list of all the wrongs he committed as The Winter Soldier and is trying to make amends so that he can live with himself and maybe stop the nightmares which haunt him every night. This includes exposing Hydra sympathizers from his past and trying to live a normal life. It is a much different side of Bucky we get to see here out from under the shadow of Cap. Bucky is hurting, even telling his therapist he has gone from one battle to the next for 90 years, the only peace he ever had was during his short time in Wakanda. 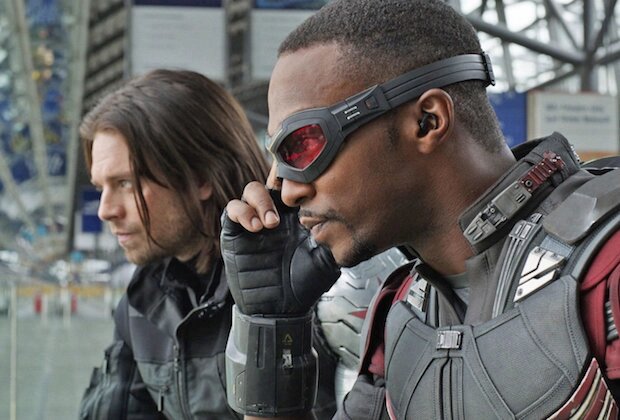 The show seems prepared to touch on race relations as they pertain to nationwide heroes and the industries that govern life in America through the prism of Sam helping his sister with their family business. Bucky’s arc seems poised to tackle PTSD and forgiveness. These are all subjects that there is no time for when the next alien ship is coming to Earth and we need to shoot some bad guys. That is the beauty of these shows so far, the audience gets to live with the characters as they get a chance to breathe and really introduce themselves in a manner we haven’t experienced.

The Falcon and The Winter Soldier premiere puts the pieces in place for a season of television that is going to expand the conflicts of the Marvel Universe while grounding audiences with two heroes who haven’t had a chance to shine on their own. The only episode available to critics delivers incredible action, a reasonable threat for our heroes to face, and the promise of exploring social issues through two unique heroes in the MCU. If the show can deliver even a third of what is promised in the premiere it will be a rousing success and with Marvel’s track record there is no reason to doubt they have hit another project out of the park.

WATCH THE FALCON AND THE WINTER SOLDIER ON DISNEY+