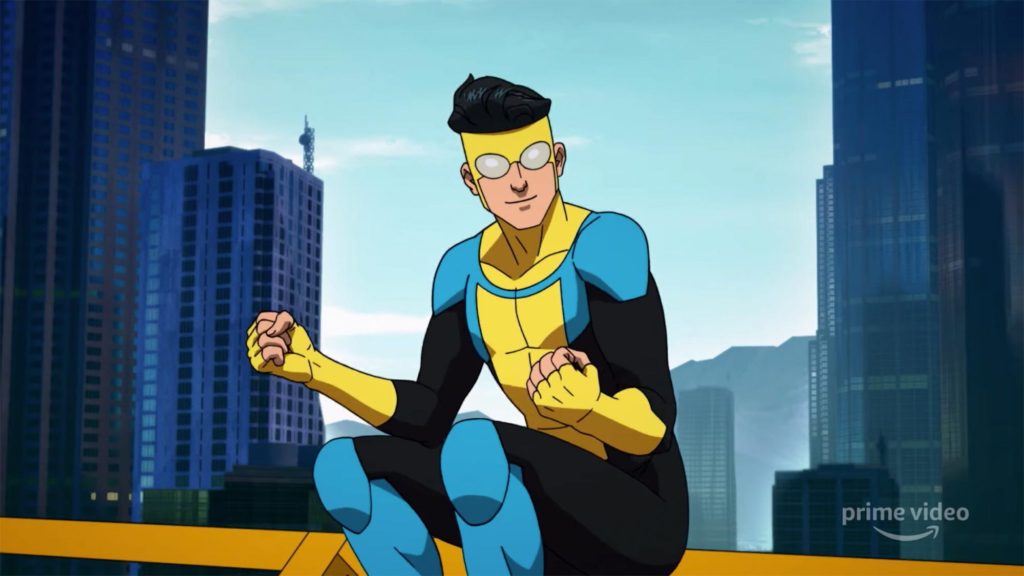 “The first three episodes of Invincible are truly stellar.”

It’s been an extremely long road for Robert Kirkman’s iconic comic book run of Invincible to make its way to film and television, but nevertheless, that time has arrived for the world to feast on the creator of The Walking Dead’s vision of superheroes – Invincible. The first three episodes are a stellar setup for what is to possibly be one of the best stories told in the superhero realm, and for those who read the comic books since 2003 will immediately understand why. Invincible is posed to be one of the most entertaining and clever shows on television and streaming – and it’s in the form of a Saturday morning cartoon no less that will push boundaries to their maximum.

With Kirkman himself, Seth Rogen, and Evan Goldberg behind this vehicle, there’s no shortage of surprises, comedy, extreme violence, and more that can be expected. Invincible centers on a 17-year old high school student named Mark Grayson (Steven Yeun of Minari and The Walking Dead), who is a normal, bumbling teenage boy, whose father happens to be the world’s most powerful extraterrestrial superhero named Omni-Man (J.K. Simmons), who acts as the leader of the world’s best superhero team, consistently saving civilians from intergalactic threats. 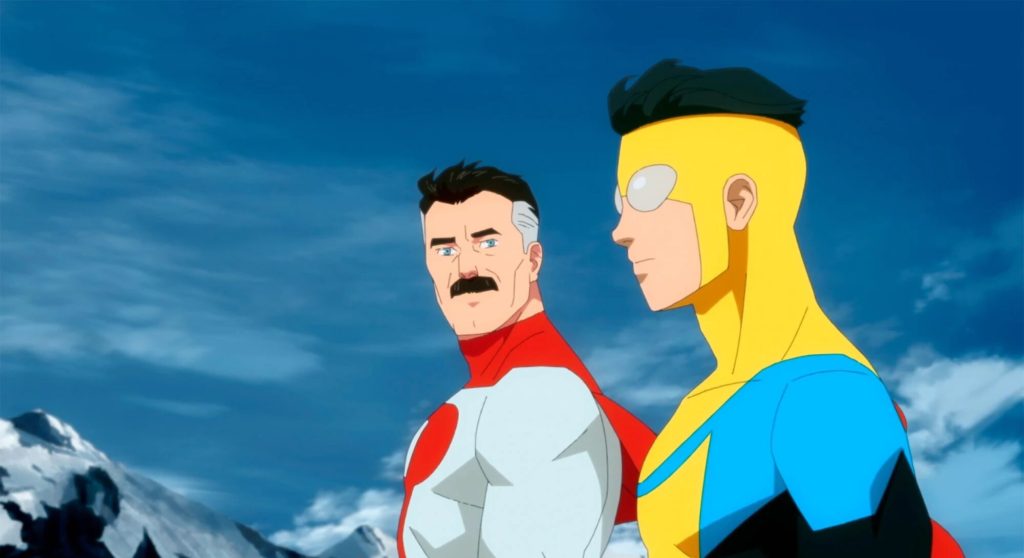 Mark hasn’t developed his powers yet, but his father and mother Debbie (Sandra Oh) assure him it will be okay and just wait patiently. In the first episode, Mark does indeed gain his powers, much to his father’s happiness who beings to train him, where all seems happy and right in the universe as the credits start to roll, just like any wholesome Saturday morning cartoon does. That’s not the case though with Invincible as an extra sequence reveals Omni-Man traveling to a secret deadly mission that will change the entire course and tone of the series.

Being more or less a high school show, involving teenagers, there are some great, funny storylines, involving young romances and those awkward conversations about dating and sex, but make no mistake, Invincible is NOT a cartoon for young kids. This is very much an adult show with extremely harsh violence and more in every episode. That being said, there are some exquisite sequences of character arcs and genuine emotion in these longer-than-normal shows, running at over 40 mins per episode, which results in ample time for more development of characters that create that necessary natural bond in such a chaotic and fantasy-like world. It’s brilliant really. 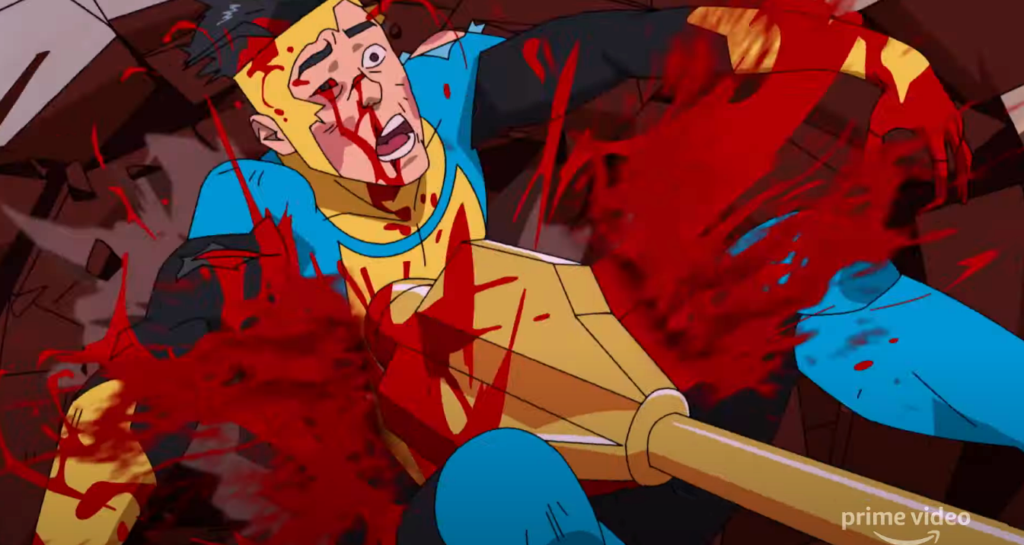 On the subject of this being a 2D animated cartoon, well, if this were a live-action adaption, it might have cost $150 million per episode, because there’s a ton of action, explosions, and would-be visual effects to make everything look good, but with this animation somehow, it feels more realistic in its simpler design and from the truly phenomenal voice performances from everyone involved. Yeun plays Mark with that wonderful mix of confidence and awkwardness of a teenager, while Oh perfectly voices the mother with sincerity and grit. Then of course J.K. Simmons just owns each scene he’s in, wondering constantly whether or not he will snap into a violent rage.

The first three episodes of Invincible are truly stellar and comes with some of the best story-telling of recent memory. Think of Invincible as the cartoon version of The Boys, but with bigger stakes and some teenage drama thrown in. 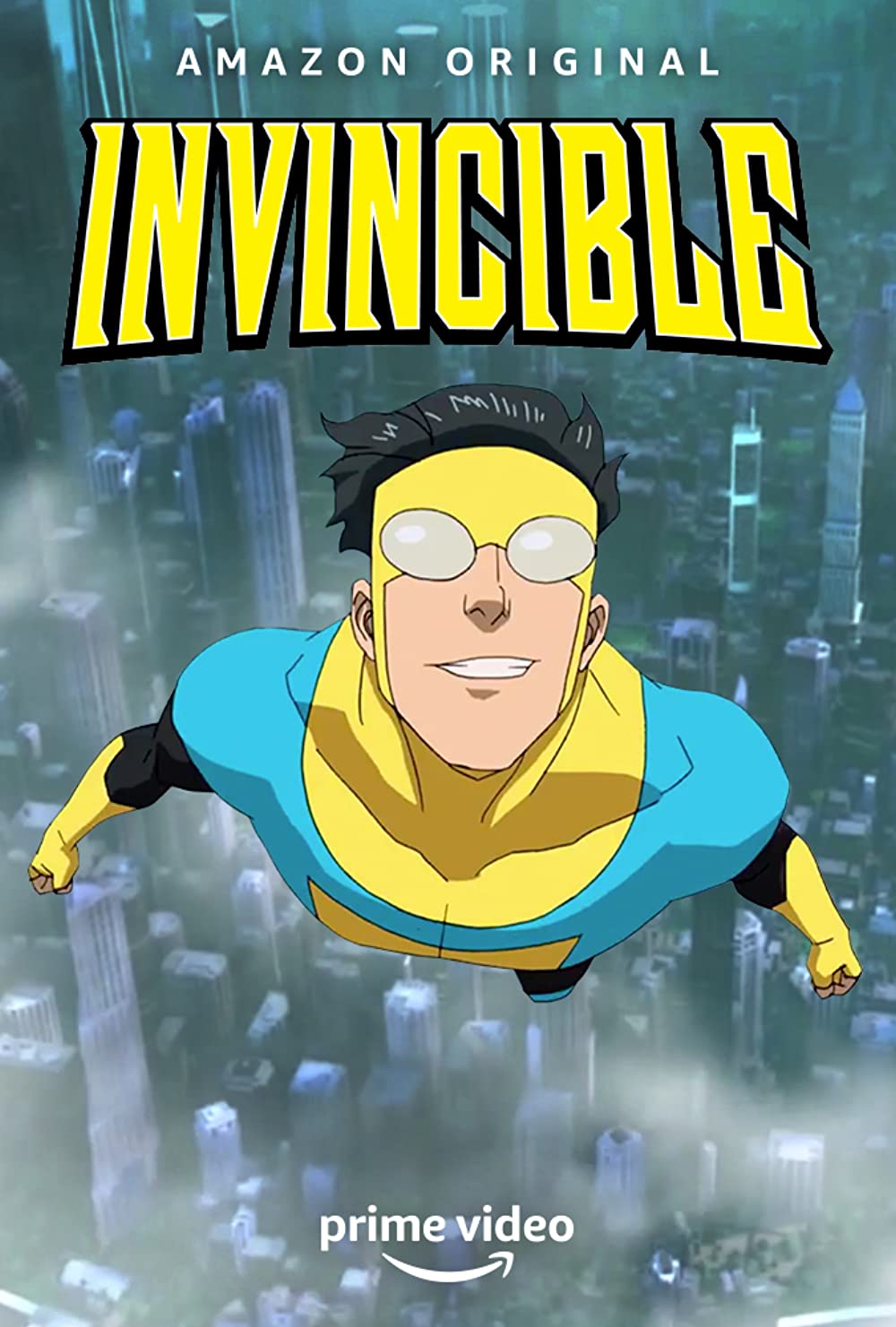