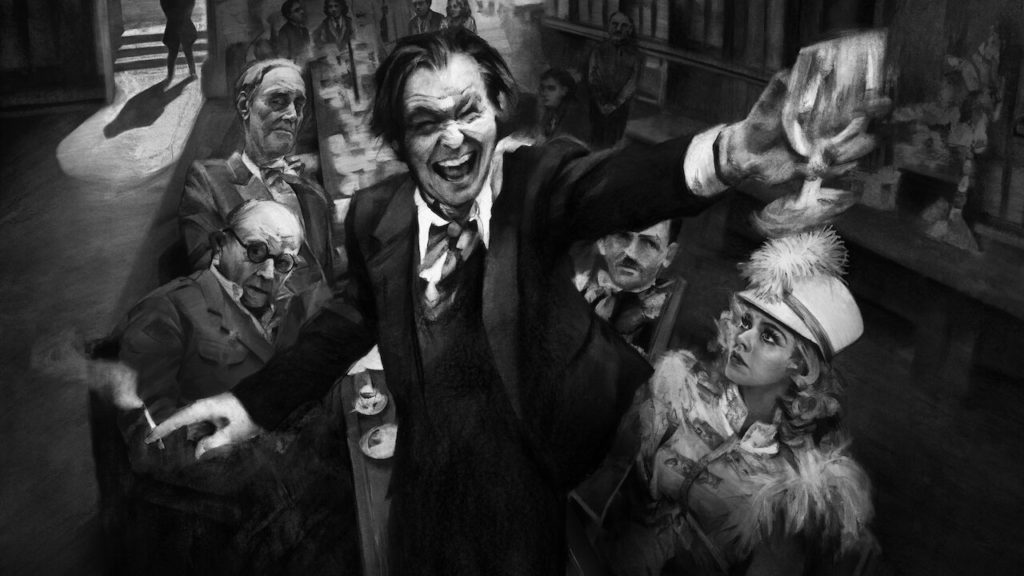 “Mank is a technically well-made film.”

Mank is David Fincher’s latest Netflix project in which he chronicles the story of Herman J. Mankiewicz writing Citizen Kane with a script written by his late father Jack Fincher. David is arguably one of the top 3 directors working today and his precision is on display for the entire runtime. The performances are solid, the direction is top-notch, the music from frequent Fincher collaborators Trent Reznor and Atticus Ross is great, and the story is interesting. All of these great parts should meld together to give viewers a great movie but instead, Mank becomes some sort of a boring Frankenstein’s monster that even the most ardent movie fan may struggle to get through. 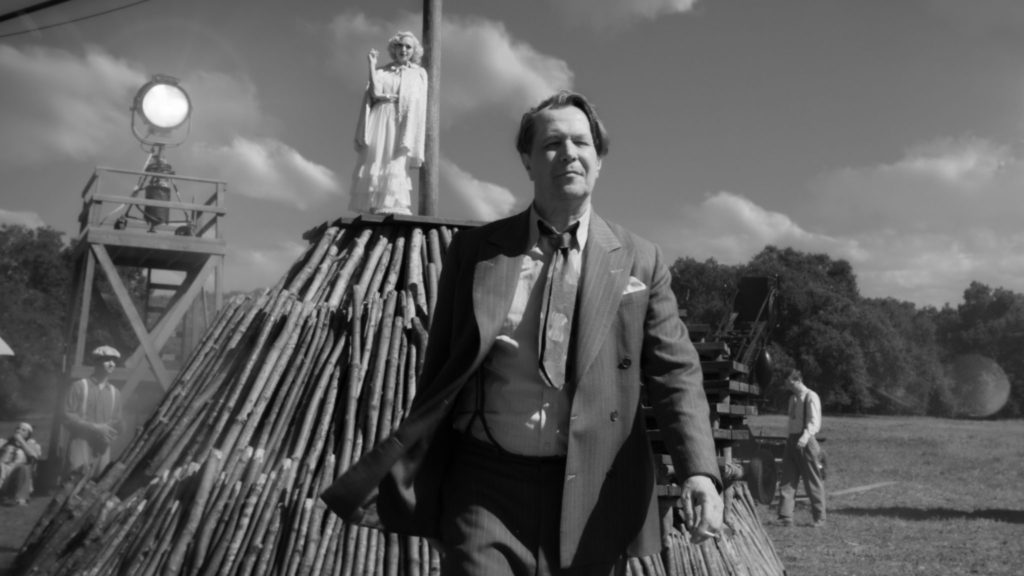 One does not have to be a cynic to know that Hollywood is, first and foremost, in love with itself. Mank gives that to Hollywood in an overwhelming fashion. Mank is filmed entirely in black and white, has an “old fashioned” opening credits sequence, and even has animated reel changes in the top corner of the frame just like a movie on celluloid film would have. Netflix clearly spared no expense when it comes to the sets and costumes, making the movie feel like it was actually made in the 1930s. William Randolph Hearst’s castle located in Hollywood is featured in several pivotal scenes and it is astonishing to look at how much detail and space was put into this set. While Mank, played by Gary Oldman spends most of his time dressed as a man of his times, Amanda Seyfried’s Marion Davies gets to have fun with the costumes of the time as Mank meets her on a set, at a dinner party, and at a costume party with each outfit being more spectacular and fun.

Oldman has already won his Oscar for playing Winston Churchill but anyone can see he will be receiving a nomination for his work as Mank. Oldman gets to show all of his skills in this role as Mank is an addict, has a sharp wit, is abrasive at times, but at his core a fundamentally good man. Oldman is also playing an underappreciated writer of one of the greatest movies of all time, so the writer’s guild is salivating to nominate this performance. Amanda Seyfried as Marion Davies has the opportunity to show a range that some of her most recent roles have failed to offer her an opportunity. The fact that Seyfried is this damn good in a Fincher movie with Fincher’s relentless reputation only highlights how much the movie picks up anytime she is on screen. Charles Dance as Hearst and Lily Collins as Mank’s nurse also has several great moments in their supporting roles. 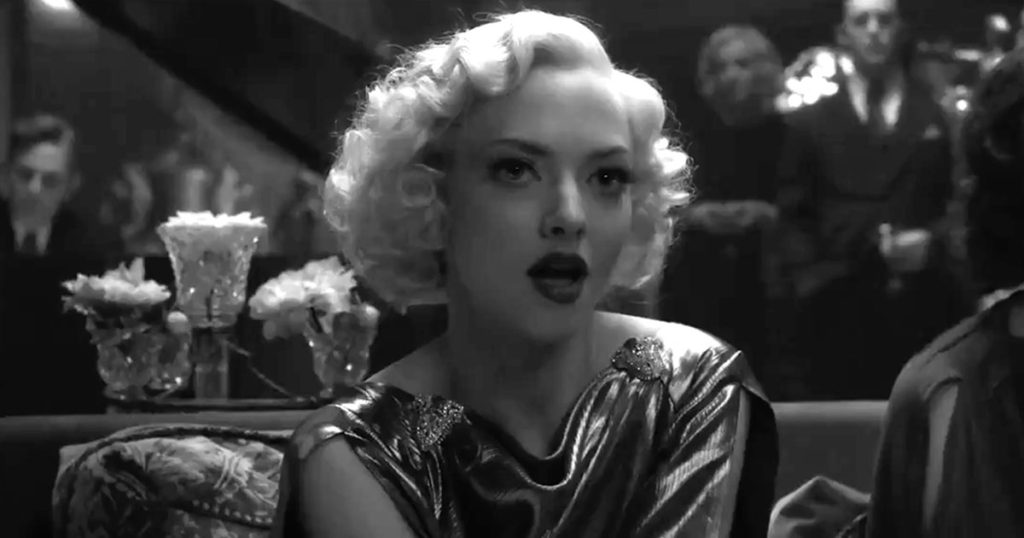 Fincher’s father scripted this movie and is the only credited writer. There are countless moments that speak to the importance of writers and the politics of studio heads derailing creativity for profit. One scene where Mank and his team pitch a monster movie which leaves open the opportunity for a sequel is almost too on the nose but still works in a vacuum. The issue with the story is that it employs a flashback structure to show Mank’s rise and fall. This fragmented story never gives a viewer an opportunity to really invest in any of the timelines. A story solely focused on Mank’s relationship with Orson Welles while writing Citizen Kane would have been fascinating but instead, the film journeyed into other parts of Mank’s career which take away from the movie. Part of the movie focuses on Mank’s relationship with Hearst and Davies which clearly impacts his Citizen Kane story but even this is shortchanged as most of the time they argue about communism or Upton Sinclair. At least 30 minutes of the movie is also dedicated to a gubernatorial election in California that one can assume no viewer will care about and without the movie explaining why we should care, it fails.

Mank is a technically well-made film and there are several parts of the movie that work on the most basic level. Despite being a surefire frontrunner for several Oscar nominations the movie still fails to do the one thing all movies set out to be, entertaining. That isn’t to say that Mank needs explosions or typical Hollywood flare but a cohesive story that utilizes all of its brilliant parts would catapult this movie to one of the best of the year. Even though it will likely be included in those lists by critics and those in the industry, Mank is a waste of time for the majority of interest moviegoers.