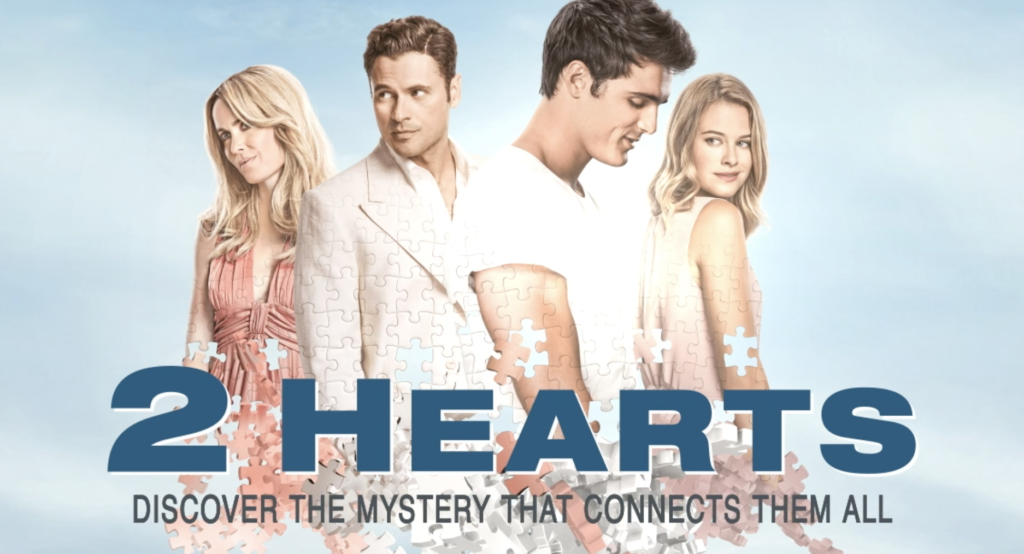 In case you’ve long been awaiting a film about organ transplants, you can stop holding your breath: 2 Hearts is here. I am sure other transplant movies have been made (John Q), but I did not choose to go see them. Undoubtedly they would have been sad, as this one was. Surely they would have made it a point to treasure life and count your blessings, as this film did, and quite honestly, I don’t love sad, sappy movies. I wouldn’t have gone to see this either, but it’s a love story, and it has more appeal than just a movie about transplants. It has likable characters, it has an unknown cast, and it sheds light on a topic that many people overlook. If it can draw an audience and then draw donors as a result, then more power to 2 Hearts. 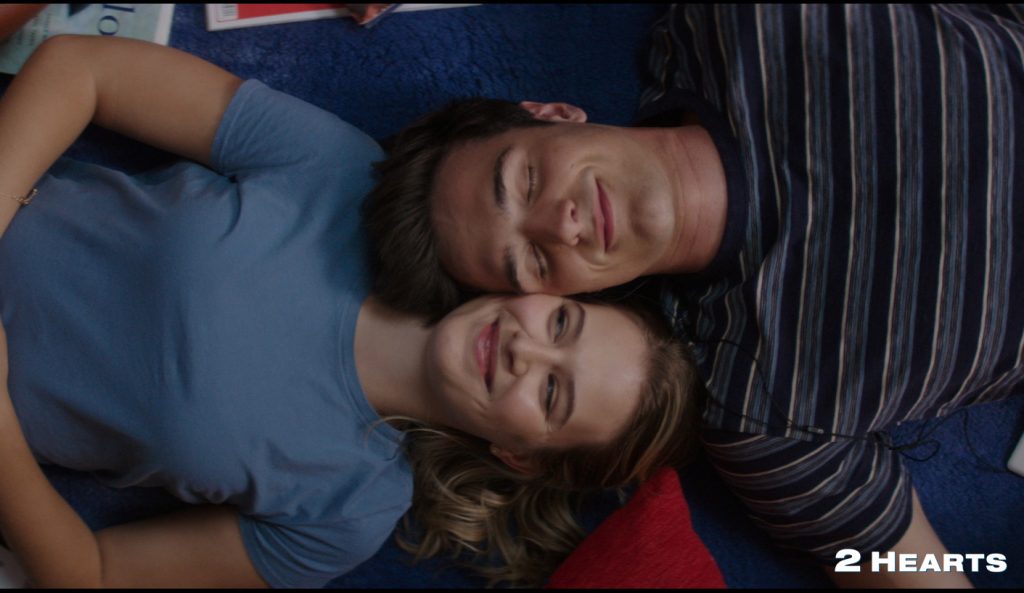 This film, based on a true story, centers on two men, Jorge and Chris, who are experiencing love for the first time in their respective lives. Chris, played by Jacob Elordi, is a college freshman and narrates the film. As all good chick flick go, he falls for Sam (Tiera Skovbye) as he bumps into her on campus, and they continue to run into each other until they fall in love quickly and with no impediments. On the other side of the country, Jorge Bolivar (Adan Canto), years earlier, also falls for a woman as he sees her on the plane.

Jorge is the heir to a Cuban rum company and manages the Puerto Rican division of their business. While he’s charming and rich, he was not supposed to live past twenty due to complications with his lungs. On this particular trip, he meets flight attendant, Leslie (Radha Mitchell) and the two begin a whirlwind romance where he flies to meet her all over the US until she agrees to marry him despite his disease.

Fast forward, as the movie does, and well, you can guess that this two-heart title ends up with a shared connection in only the way an organ transplant movie can. It’s terrible and sad and in some instances pretty poorly acted. What I will say is that this is often not discussed and I think it’s pretty important. I am a recipient of donor tissue. My mom is on a donor list should she need it. I became an organ donor as a freshman in college, after a speech class. My professor gave a speech about how a donor saved his wife’s life. 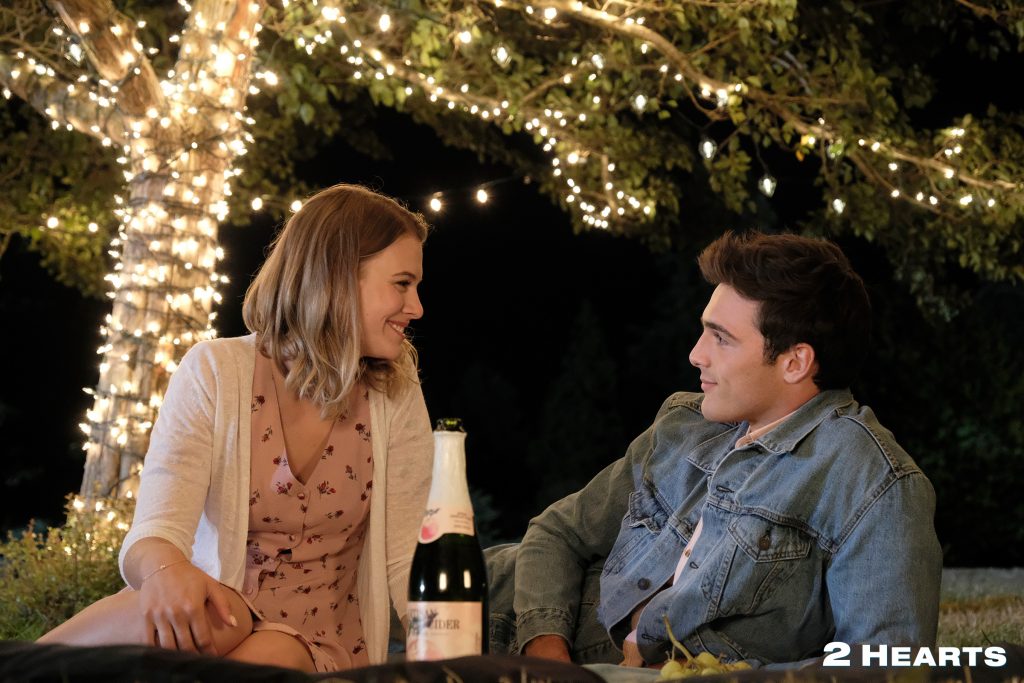 It’s a simple act that saves lives. The film shows a real-life example of how this impacts people and I think for no other reason I am glad to be reminded that I made the right choice all those years ago. I hope that people don’t need a film to become a donor, but perhaps this will help. And if a sappy, sad, poorly acted film is what does it- go see 2 Hearts.