The Way I See It – Film Review!

Coming in with a perfectly timed-release just before the presidential election is Dawn Porter’s documentary The Way I See It, a wonderfully kind look back at the President Barack Obama administration from 2008 – 2016 through the eyes of Pete Souza (the chief photographer to Obama himself and his family). Produced by Laura Dern and showcasing both big and small moments for Obama as a world leader and a family man, Pete Souza tells his tale about what life was like being next to the President for eight years almost 24/7. The Way I See It is a phenomenal documentary that begs for a time not so long ago where all seemed happier and peaceful where despite if citizens disagree with a politician’s decisions, these leaders are deep down good people and in love with their family and friends – something that’s far from true from the current administration.

The documentary follows Souza who was once the chief photographer for the Ronal Reagan presidency during his last year, and although Pete didn’t agree with his politics, he admired the man as a human and his love for his wife Nancy. After that brief stint, Souza became a photojournalist for a variety of papers and magazines, until he was asked to come aboard the Obama administration that lasted all eight years.

After Obama’s presidency, Souza released two Best-Selling books, one being Obama: An Intimate Portrait (a life and presidency through pictures), and more recently – Shade: A Tale of Two Presidents (which started out as a series of viral Instagram posts where Trump would tweet something vile and horrific that led Souza to post an image he took of Obama acting like a leader and decent human being). 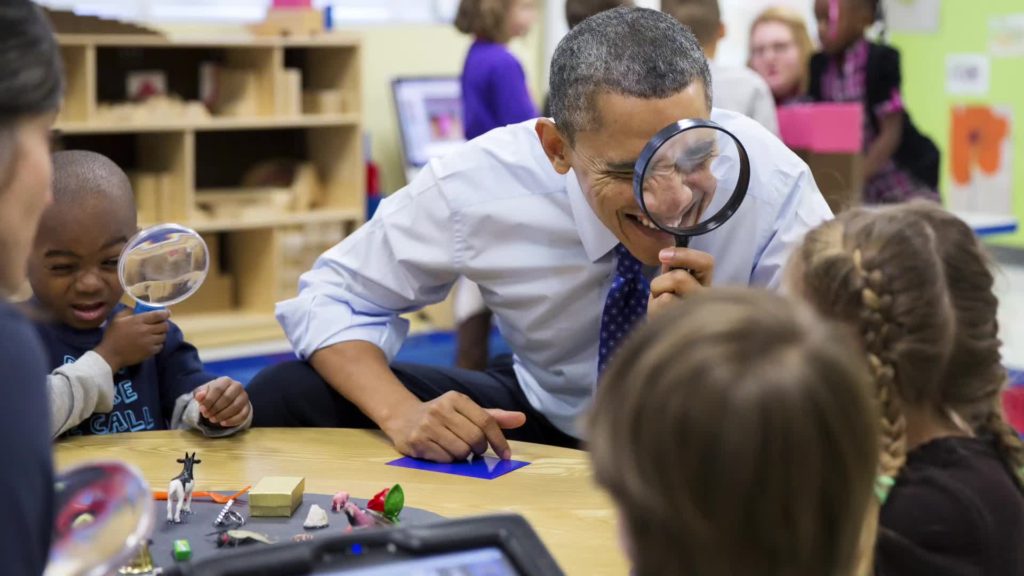 Told through a series of interviews and Q&A sessions with Souza himself at colleges and venues with packed audiences, the documentary answers the questions on what it was like being in the most intense situations during those eight years. What follows is an intimate glimpse of video footage and Souza’s images that bring out some heft emotions, such as how Obama dealt with the Sandy Hook tragedy, gay marriage becoming nationally legal, the healthcare reform bill being passed, and more. Additionally, other personal images are revealed such as a snowball fight between Obama and his daughters in the front White House lawn and coaching a basketball game. These simple images are worth a million beautiful words and showcases just how amazing and wonderful Obama was, something that is completely missing from the current president.

Souza himself talks about never relating or having a political voice during his work, but when the current president became in charge, he felt the need to speak up and throw  – shade. The Way I See It is one of the best documentaries that has been released during 2020, and it’s the one that everyone needs to see before the election.

WATCH THE WAY I SEE IT HERE!