“The Personal History of David Copperfield is the most fulfilling movie and cheery film of the year thus far.”

With stories like Nicholas Nickelby, A Tale of Two Cities, Oliver Twist, and Great Expectations – Charles Dickens is no doubt one of the greatest writers and storytellers in history. His grand opus is perhaps David Copperfield (not the slick present-day magician), but rather a young man who narrates his own life story and his journey through his younger years, crossing paths with many colorful characters and villains along the way. Film Director Armando Iannucci delivers such a tasteful, funny, and heartwarming adaption to this classic tale called The Personal History of David Copperfield, that it feels brand new in 2020 and is a film that should take audiences on a fantastic and fun-filled adventure for a couple of hours, forgetting the troubles in the real world, even for a little while.

Adapted before on the small and big screen, there’s enough material in Dickens’ book for three or more films, but Iannucci takes some creative liberties with a few surprises to perfectly tell this story in two hours. Iannucci is mostly known for his dark political comedies, including the British hit series The Thick Of It, which went on to have its own American version on HBO called Veep. He then went on to make the darkly comedic film The Death of Stalin set during WWII. It might come as a surprise that with Iannucci’s pessimistic outlook in the political system, that he can whole-heartedly and flawlessly take on such an optimistic storyline full of light-hearted laughs and make it work – and it does in every single frame, from its whimsical transitions to its angelic-like color palette. 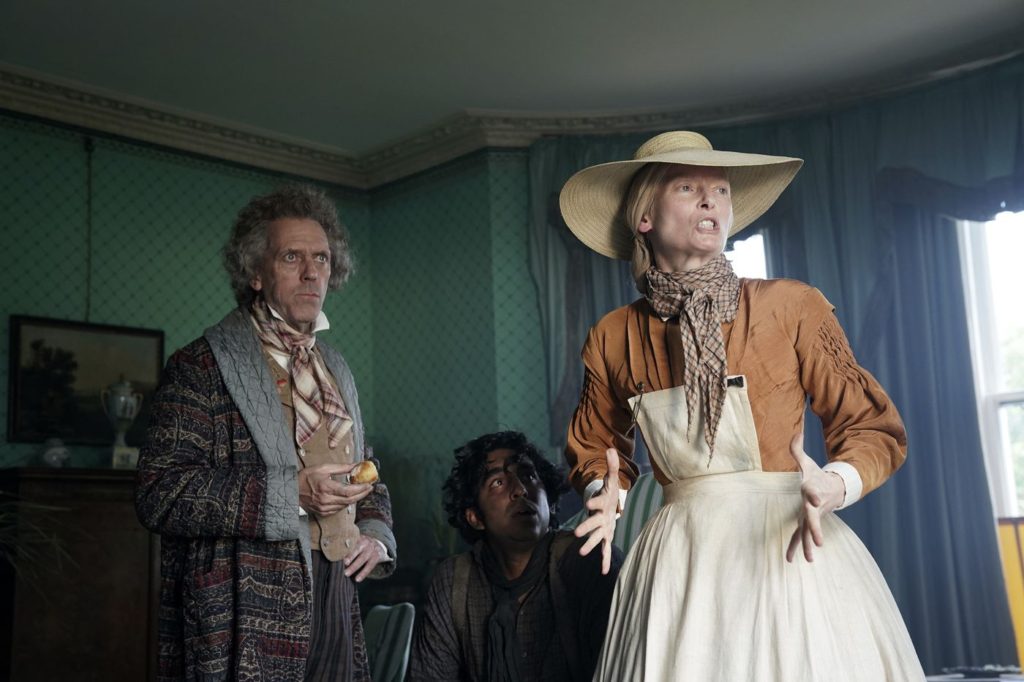 For those unfamiliar with the David Copperfield story, it centers on a man named David Copperfield (Dev Patel) who narrates his own life in the first person. Here in Iannucci’s film, David is giving a speech on his life in front of a theatre full of people, where it flashes back to his birth, where the present-day Copperfield is hopping in and out frame, explaining who everyone is and the emotions of his mother giving birth. At her side is the family housekeeper Mrs. Peggotty (Daisy May Cooper) and her loud sister-in-law Betsey Trotwood (Tilda Swinton), who leaves right after the baby pops out revealing itself to be a boy. A young David Copperfield lives in a big house with his mother but then travels to the coast to live with Mrs. Peggoty’s family full of orphaned kids in an overturned boat. Copperfield’s mother marries an evil man named Edward Murdstone who isn’t above physically abusing a young Copperfield and thus sends him to forced labor at his bottle factory in the city. From here, the young boy grows into a man and beings his journey of education, life discovery, friends, and love as he meets a con-family named the Micawbers, eventually finding his way to his long lost aunt Trotwood (Swinton), who is living with her crazy cousin Mr. Dick (Hugh Laurie), who has lost his marbles in the funniest of fashions.

Mr. Copperfield heads to school where he befriends a couple of students along with Trotwood’s largely drunk financial adviser Mr. Wickfield (Benedict Wong) and his beautiful daughter Agnes (Rosalind Eleazar). Around the corner is Uriah Heep (Ben Whishaw), the small and timid worker at the school with sinister motives to take down anyone in his eye line. As Copperfield weaves in and out of the happy joys and tearful sorrows of life, he learns that it’s all full of beauty with ups and downs with some truly phenomenal people. 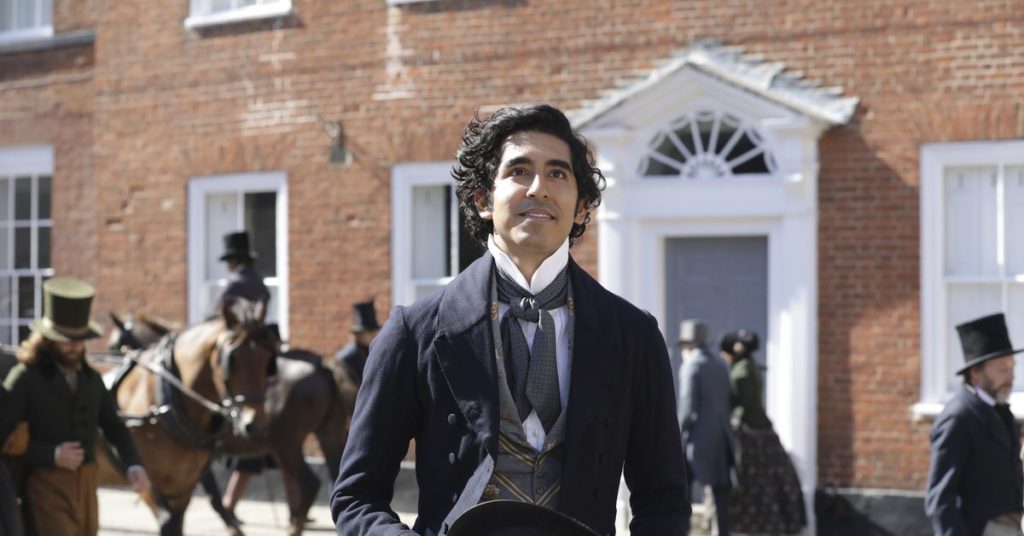 Iannucci takes a brilliant color blind approach to the characters, casting, and an ensemble of amazing actors who are all different colors, surrounding Dev Patel, who seems to have the perfect amount of advice to set him on the right path. Writing and drawing everything around him, Copperfield, of course, creates the perfect book that leads into the happily ever after. Patel is completely charming and a joy to watch in each scene with his wonder of the world. Every supporting character is amazing in their own right, but it’s with Hugh Laurie that receives the most laughs with his attention to detail of the nuances of his whacky character.

The Personal History of David Copperfield is the most fulfilling movie and cheery film of the year thus far.