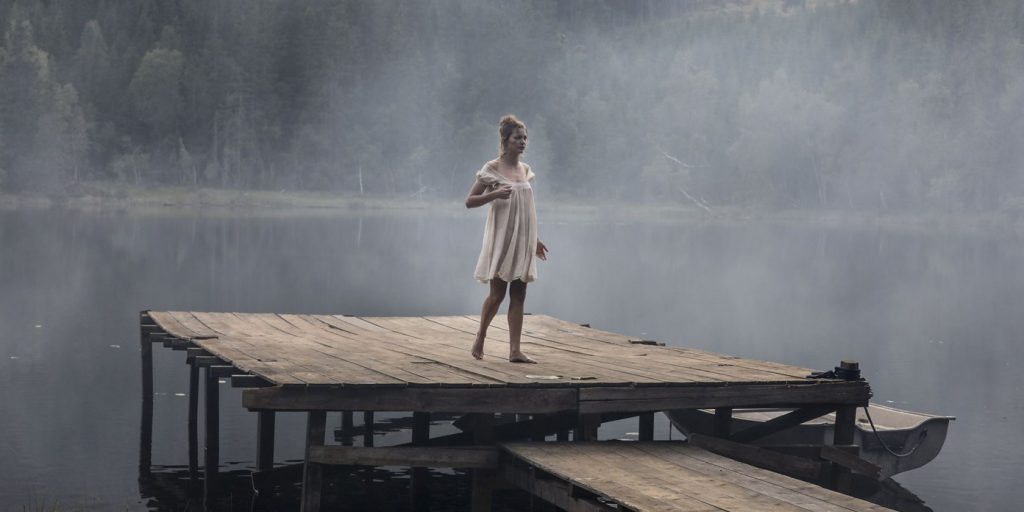 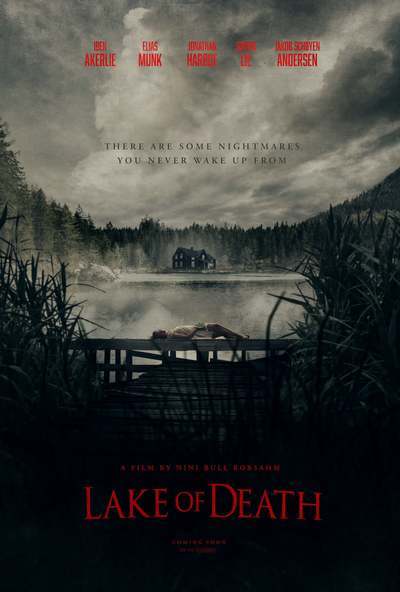 “Lake of Death drowns in its own horror movie tropes.”

Lake of Death is a Norwegian horror movie that is new to the streaming service Shudder. It is a short 94-minute movie that repurposes countless horror movie tropes and setups but fails to execute them in a truly meaningful way.

The premise of the movie is Lillian’s brother passes away at their family’s lake house and one year later Lillian and a group of friends return to the lake house for, frankly, unclear reasons. It is clear that Lillian is suffering from a profound sense of loss and she sees strange visions, sleepwalks, and has not had an episode in months according to her friends. As the days at the cabin move forward so many strange things start happening that it is easy to keep track of but hard to justify. Lillian sees visions of blood, water, and her friends hurt. The dog seems scared to go in the house and is later found tied up. One of the men almost drowns. There is a secret basement that is creepy. So on and so forth. All of these elements are very effective at creating an atmosphere of uncertainty and fear but they fail to tell an above-average story.

I am not sure if the writer and director set out to make this film as a homage to horror movies that they love but it reached a point of I-Spy as the runtime went on. Clear things lifted from Friday the 13th are present throughout. Tropes from Cabin Fever are so blatantly used that a character name drops the movie! Even Cabin in the Woods gets a not-so-subtle shoutout when a hatch opens in the floor and characters go down to the creepy basement and start picking up haunted-looking items.

Ultimately, Lake of Death didn’t satisfy me in a way that makes it worth recommending in any strong way. The questions of the main character’s visions and all the other horror elements are not explained in a way that makes any of the journey worth it. At the end of the day, I don’t need a horror movie to completely make sense or be wrapped up in a nice tight bow but if you have 6 attractive people at a lake house with supernatural elements and murder you have to at least make it fun. I didn’t have enough fun watching this one to say you should put in the time.

WATCH LAKE OF DEATH ON SHUDDER