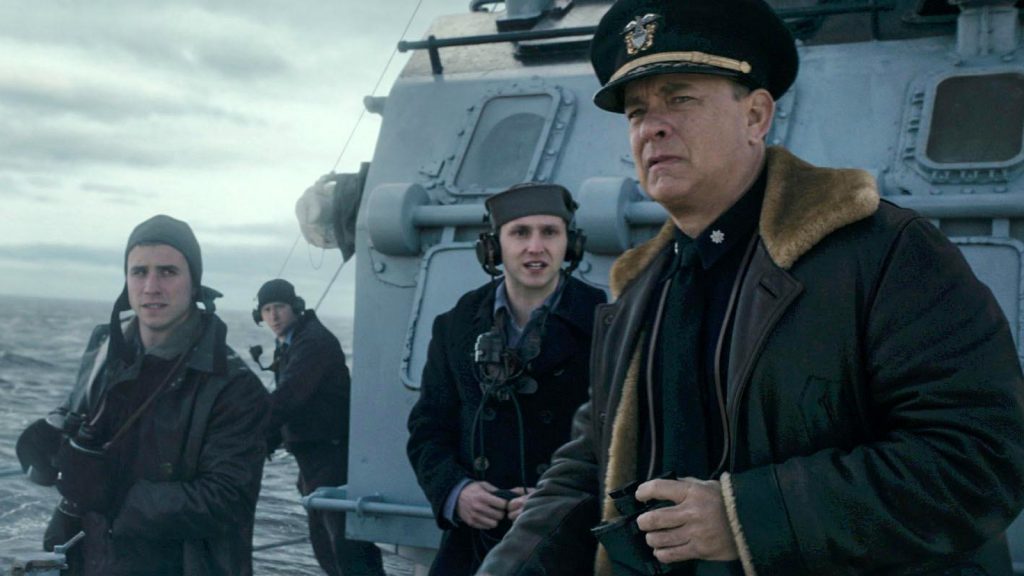 “Greyhound is a perfect World War II depiction of a part of the War we rarely get to see on screen.”

After a long journey of delays, new distributors, and pandemic interference, Greyhound finally came to Apple+ in July. It is highly unusual for a Tom Hanks World War II movie to take this long to be drilled into our eyeballs but these are strange times. Based on a 1955 novel that takes place during the battle of the Atlantic in early World War II the movie is actually written by Hanks himself and directed by Aaron Schneider. With a runtime of just over 90 minutes, Greyhound is a perfect World War II depiction of a part of the War we rarely get to see on screen.

Hanks plays Commander Krause who is tasked with defending the supply runs from North America to Great Britain during the early stages of the War. German U-Boats patrolled the waters and were particularly devastating in the portion of the Atlantic where the supply ships had no air cover. To protect these ships the US and allies sent destroyers to cover them for this part of the trip. Knowing absolutely nothing about the battle of the Atlantic or this part of history I was fully hooked into the tension that the movie thrust you into during the first U-Boat hunt.

The technology of the times seemed so underwhelming being used in a mission this important, especially when my iPhone has more location technology than the entire Greyhound did fighting Nazi U-Boats. The screenplay, direction, and editing didn’t waste time with exposition, instead they counted on the audience to pick up how the hunt played out. Hanks on the deck with binoculars trying to spot the U-Boats, primitive sonar beneath giving Hanks an idea of where to look, and math, sweet beautiful math predicting the path of the enemy in order to fire on submerged targets. The tension they were able to create for these scenes was riveting. 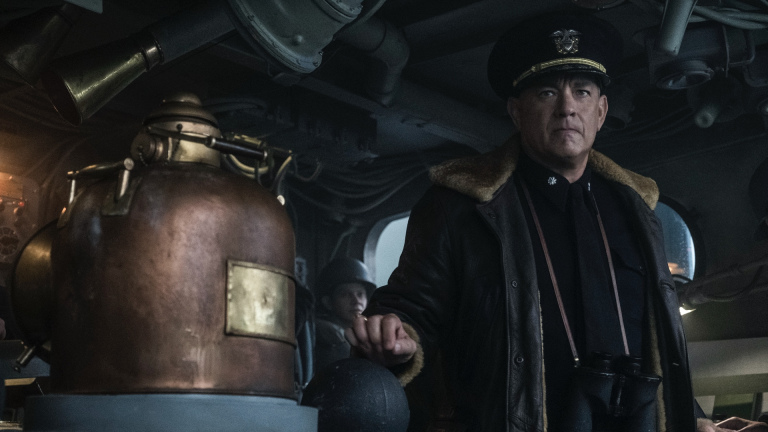 Hanks gives another solid performance as the stoic, experienced commander and only his charisma can shine through scenes that mostly asked for him to look out rainy gray ship windows and order people to fire. It all works though. Another aspect that really surprised me was the CGI which I assumed on this long production would not be up to the standards of most war movies released lately (see: Midway). The ships and U-Boats all looked very realistic and real, especially in the battle sequences.

Finally, the movie is just over 90 minutes. It can’t be stated enough that sometimes a movie that knows exactly what it is and can portray it efficiently is better than movies that drag it out for an extra 40 minutes. Greyhound never felt stale but during the climactic skirmish, I felt a small part of me fearing another hunt would’ve been repetitive. Watch Greyhound and enjoy a surgically efficient movie that gets the job done with a tension-filled story that hasn’t been committed to the screen very often. This is an instant qualifier for a Dad Movie Hall of Fame. Trust me if you know a man over the age of 50, he will absolutely be interested in watching this with you!