SELAH AND THE SPADES – Film Review! 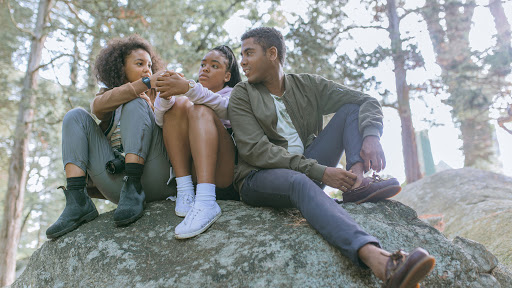 “Selah and the Spades is a visually stunning modern-day Godfather.”

Life for teenagers at posh boarding schools isn’t always about making perfect grades and getting into prestigious ivy league schools. In the debut feature film from Tayarisha Poe called Selah and the Spades, the routine of boarding school life consists of drugs, alcohol, underground parties that are run by a multi-faction group of kids set up like rival mafia families. Even though this film has all the surface material of a young-adult story in the coming-of-age genre, it’s anything but that as it dives deep into serious despair, betrayal, and attempted murder with all signs that point to one popular cheerleader named Selah.

Selah and the Spades is a visually stunning modern-day Godfather of sorts that’s all set in the confines of wealthy boarding school. At the start of the film, several factions of students are introduced and described, one of which provides the drugs to everyone, another provides alcohol and another that sets up lavish parties under the noses of the school faculty. Just like when the Corleone family met with the other mafia families in The Godfather for a rundown of their business for the year, these factions sit at a table and discuss their plans for the future, revealing a ton of animosity and anger towards one another, in that at any moment a war could start. 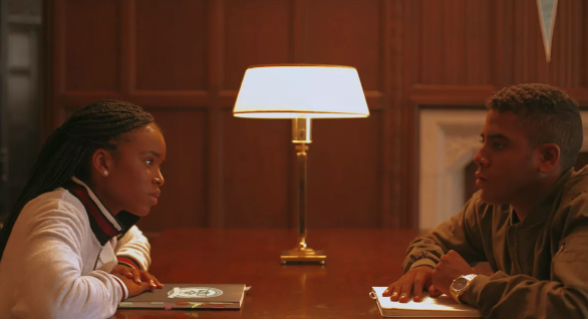 At the center of all of this is Selah, a star cheerleader at the school and leader of the Spades – the drug faction. Selah is in her last year at boarding school and is looking for her replacement once she leaves for college. That’s when Paloma enters the picture, a young, smart photography student who immediately impresses Selah with her strategic personality. Meanwhile, Selah’s second-in-command Maxxie is busy doing Selah’s bidding, but also is making friends with the other actions, something Selah doesn’t take to kindly too. Everything culminates in Selah getting in her own way of jealousy that she can’t control everyone and everything and sabotages all aspects of her life which results in the brutal harm and attempted murder of people close to her.

Poe takes her characters very seriously in this film, which is something different than what is usually presented in these movies with teenagers. There isn’t anything comedic or sweet about this movie that transfers to its visual style of darkly lit, steely cold hallways and dormitories. In fact, the film takes on a gloomy overtone with a slow burn that amps up as Selah slowly loses control. Her intimate character study is a loveless journey, which is more evident in a flashback sequence with her mother (Gina Torres) who isn’t exactly the nurturing type.

Selah and the Spades are not the stereotypical high-school movie. It’s something way more than that and has some important things to say about modern-day kids and the issues they face before the real-world begins. But to Selah, this little slice of boarding school criminality is the only element she has control over where she gets respect. Poe’s first feature film is something special.

WATCH SELAH AND THE SPADES ON AMAZON PRIME