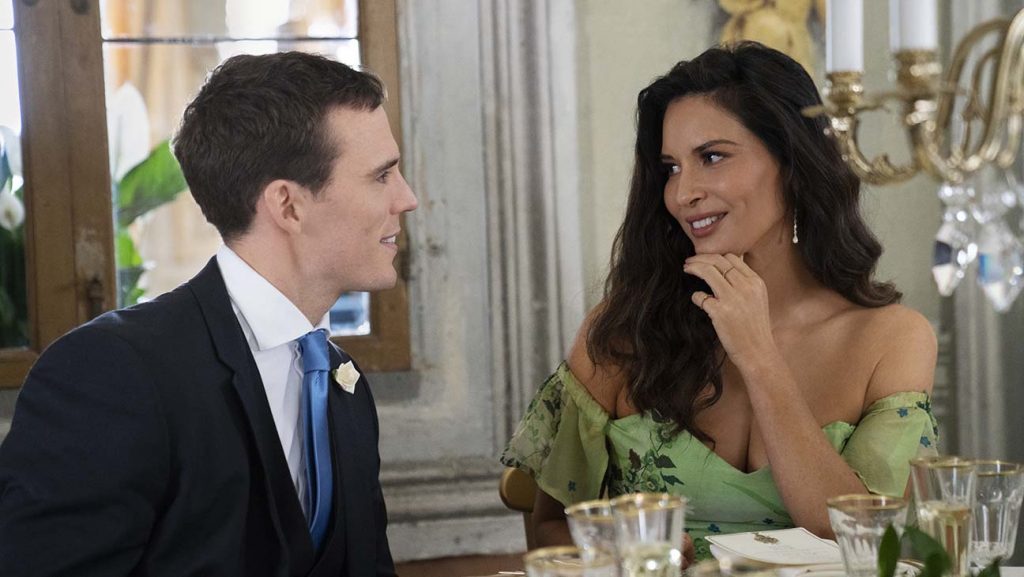 “Love Wedding Repeat is a film about a wild day at a wedding full of British humor, love, and plenty of dick jokes.”

It’s spring-time again and romance is in the air in many forms. Netflix is working overtime in this current lock-down and has released another invite to the romantic comedy genre with Love Wedding Repeat, starring Sam Claflin and Olivia Munn. In a sea of uncertainty in the real world, it’s always nice to see something witty, charming, if not a bit predictable in this new film about a wild day at a wedding full of British humor, love, and plenty of dick jokes.

Love Wedding Repeat is a close sibling to the hilarious hit British film Death at a Funeral, following a very similar formula of wacky characters arriving at a major family event that never seems to go correctly. Instead of a funeral, it’s a wedding this time. It’s no accident either as the writer of Death at a Funeral (Dean Craig) is the writer and director of Love Wedding Repeat, where he sticks to what he knows best in creating some awkward and funny mishaps with his characters.

The start of the film sets the tone as a view of the cosmos is overlayed by a royal voice talking about fate, chances, and love, and how in a split second “it can go right down the shitter”. From here, the film introduces the bumbling British guy Jack (Claflin), who is head over heels for an American girl Dina (Munn), whom he just met in Rome. The two are instantly in love and are about to share a passionate kiss that would set their lives in motion together when an old school friend butts into the conversation and interrupts the duo before that magic moment. Cut to three years later where Jack’s sister is minutes away from getting married and Dina will be at the wedding, being the first time the two have seen each other since that fateful evening where their paths split. 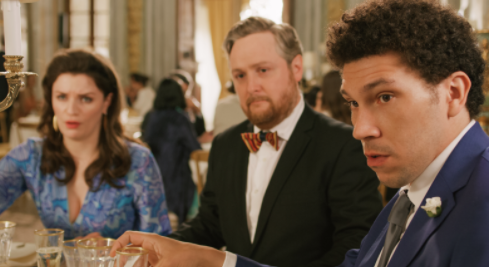 A montage of different guests starts to arrive in comedic fashion, including a couple who seem to hate each other, an annoying single guy who can’t seem to shut up about work, a coked-out ex-boyfriend, a respected filmmaker, an actor who has been heavily drugged, and more. It’s recipe for disaster at every moment that plays out funny enough, yet every action is anticipated a mile away. Where Craig changes things up is when every interaction and moment seems to go wrong, the film pauses, rewinds, and plays out several other long endings until the happy conclusion kicks in – much like the multiple endings of Wayne’s World.

It’s a good enough gimmick with some truly funny moments, but none of them are that memorable and everything has been done before in other films, specifically in Death at a Funeral. Once the happy-go-lucky finale is set in motion, the film takes on a Love Actually approach, revealing every heart-warming and romantic moment with each and every character. It’s a little redundant, but it gets the job done. 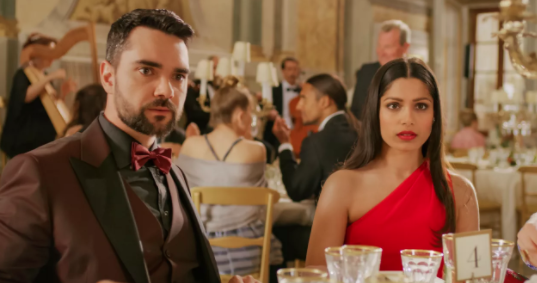 Love Wedding Repeat suffers from a lack of character development and truly likable characters. In Death at a Funeral, each character was well thought out and executed with fantastic acting. Here though, it seems that almost everyone is phoning in their performance and trying to get through each scene too quickly. The film gets by on its charm though and some witty sequences.

Love Wedding Repeat is a safe and formularized bet in the romantic comedy department. It doesn’t change the genre up but is satisfying enough for a watch.