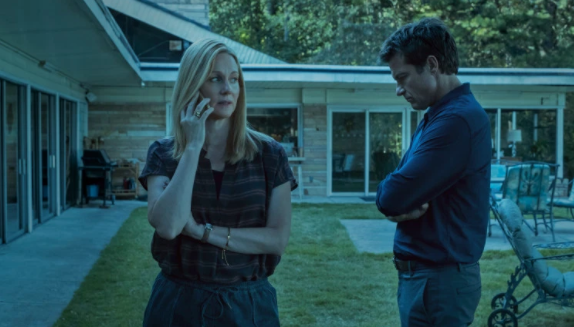 “Ozark: Season Three is the best yet.”

The Byrdes are deeper in debt to many other criminals in season three of Netflix’s hit show Ozark. Series creators Bill Dubuque, Mark Williams, and showrunner Chris Mundy have built a sinister world in the midwest vacation hotspot over the past two seasons where jet skiing, water sports, and enjoying family-friendly activities are the normal part of life. In Ozark, the deep seedy underbelly is exposed to murder, drug running, the mafia, the cartel, and more that is as brutal and violent as Scarface. Season three enhances all elements as the Byrde family deals with a multitude of horrific situations in this stellar and super suspenseful ten new episodes.

Picking up six months after the events of Season 2, Marty (Jason Bateman) and Wendy (Laura Linney) have opened their boat casino called The Missouri Belle as the couple slowly launder money for the Mexican cartel. Ruth (Julia Garner) is given more responsibility and is running all day to day operations of the boat, while Marty and Wendy’s kids work in some form or fashion for their parents. 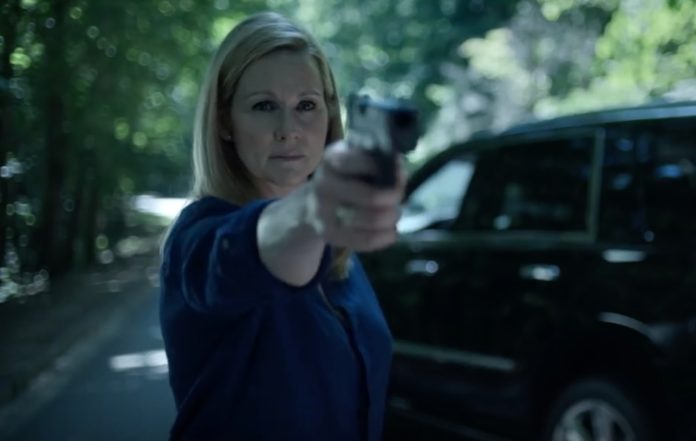 Entering the chaotic mix this season is the FBI conducting a severe audio at the casino, a rival cartel war that has stepped onto Ozark soil, and some turmoil with the Kansas City mafia. On top of that, the stern lawyer Helen Pierce (Janet McTeer) moves down the street with her daughter to keep tabs on the business and Wendy’s volatile brother Ben (Tom Pelphrey) causes more problems than he should. Bizarre relationships form and long term kinships are broken with tons of blood and gore that would make the avid Breaking Bad fan excited.

In fact, Ozark is gaining steam in the Breaking Bad area as Wendy and Marty continue their descent into more serious criminal activity. In fact, Wendy takes the reigns on quite a few projects as her character is more often than not – front and center as a violent criminal mastermind, something that Linney plays pitch perfectly. Meanwhile, Bateman plays the straight and narrow businessman to a tee who has flashes of some seriously frightening moments. And of course, Julia Garner is still the hit of the show as the trash-talking badass Ruth who has some big decisions to make this season. 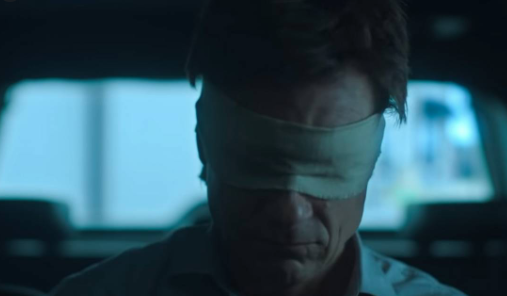 There are no side tangents or slowing down the pace of the show here. Each of the ten episodes has a vision and knows exactly where it’s going to further each character into a deeper state of conflict with various elements coming together at once. There is no doubt that there is room for at least two to three more seasons of excellent content with these characters and this third season just exceeds the confidence that this exceptional series is not slowing down, but ramping up even more. Ozark: Season Three is the best yet.