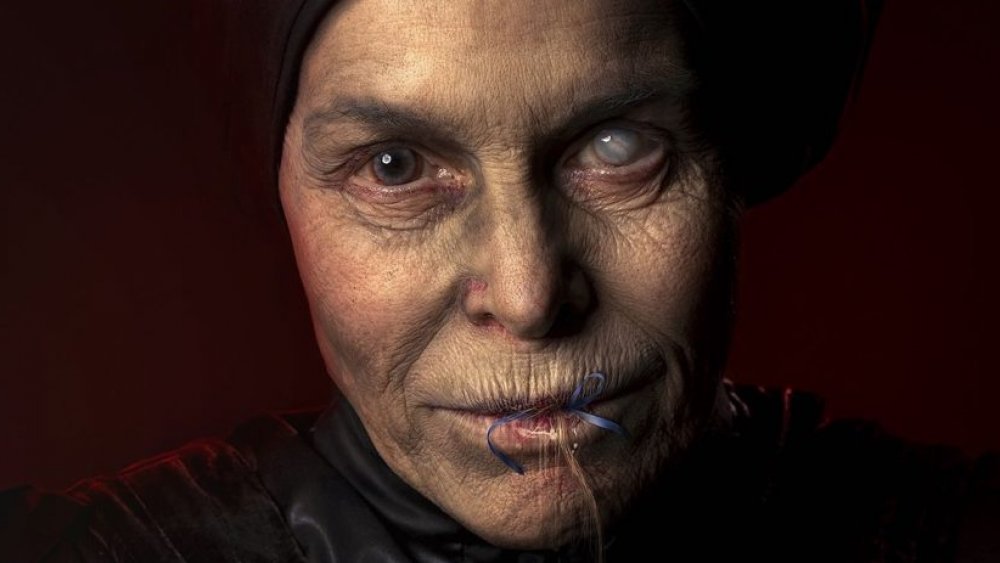 Gretel and Hansel is a horror movie that I didn’t expect to be pleasantly surprised by. Typically if a movie is released in January you can expect that it will have a ton of issues and the studio wanted to dump it. When I first saw the trailer for Gretel and Hansel and realized that it wasn’t coming out in September or October to take advantage of those horror months I crossed it off my list. Well, I have to say that this may be the very rare exception to my January expectation rule. Gretel and Hansel is a much creepier and well-made horror movie than I ever expected it to be.

I am going to just assume that anyone who has read this far knows the standard Hansel and Gretel fairy tale on which this movie is based. I won’t recap it for you here. Where this movie stands out is that it creates a sense of unease from the very start. Director Oz Perkins does not rely on jump scares or traditional gore to scare the audience, instead, he creates an uncomfortable atmosphere that creeps into your brain and sticks with you during the entire duration. This isn’t a horror movie in the usual sense it is more of a foreboding movie wrapped in dread. The key to this success is that the audience knows the story and the movie uses are knowledge to consistently put the children in situations that are terrifying but may not have your traditionally terrifying payoff.

Anchored by Sophia Lillis (Gretel) and Samuel Leaky (Hansel), the innocent child actors rise to the occasion in the performance as the stakes grow and they realize the danger that they are in. In most cases, a movie would rely on child actors to be the creepy part but in this movie, the child actors have to react to unsettling situations and I thought they did a fantastic job with their roles. Alice Krige, as Holda the Witch, is even more disturbing during the full run time than she is in her brief moments in the trailer. An absolutely creepy witch role that she elevates just enough beyond the camp where it could have sunk to in lesser hands.

That isn’t to say the movie is flawless. I believe many viewers will find the deliberate pacing and lack of jump scares to be quite disappointing. I thought the plot was weak in some spots and despite the slow pace the ending seemed to really rush to the finish line in the final ten minutes. If you liked movies like The Witch or recent Ari Aster movies which are horror films but more deliberate in their choices you will enjoy this store brand version of that horror movie. Either way lets all be happy that an above-average horror movie can come out in January!