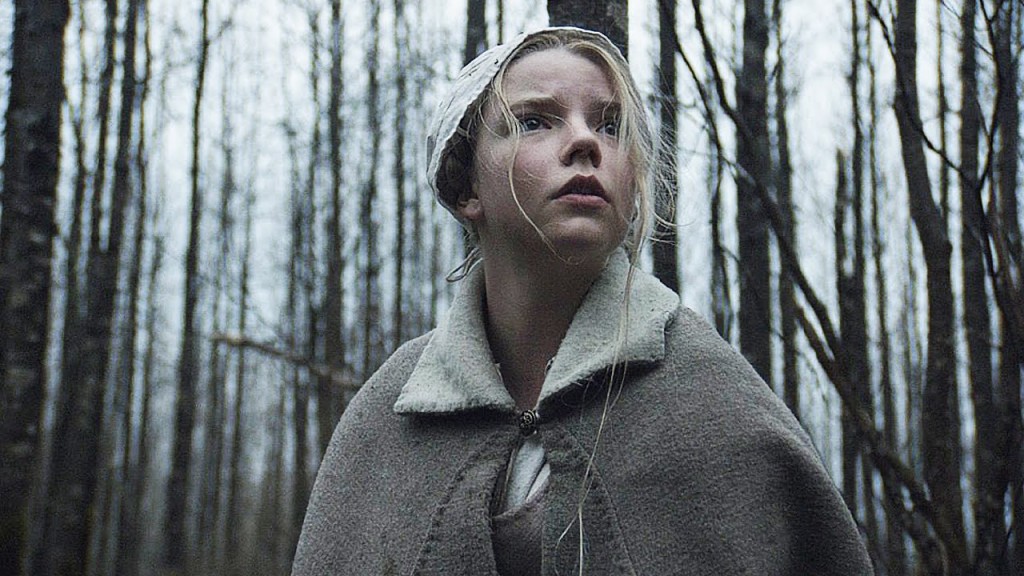 You’ll remember the name Robert Eggers from here on after. Eggers is a first time director who has been the talk of town since last year when he premiered his little horror film ‘The Witch‘ at Sundance. His Kubrickian eye and style for telling a story is as fresh and original as it is scary and authentic. ‘The Witch‘ won’t make you jump back in your seat or provide the cheap silly scares that you see in most modern day horror movies. Hell, it doesn’t even have a mild jog pacing. Instead, Eggers slowly builds the tension and suspense so much over the course of 90 minutes with horrifying images and characters, that you’ll want to cover your eyes in this story of witchcraft set in Puritan New England more than 400 years ago.

With its slow burn pace to complete horror, to its fascinating and amazing characters and performances, to the wonderful and haunting score, it’s no surprise that Stanley Kubrick’s ‘The Shining‘ and even Ingmar Bergman’s ‘Cries and Whispers‘ were a big part of Eggers’ thoughts in making ‘The Witch’. If nothing else, Eggers wanted to make an authentic and realistic witchcraft film taht took place in the 1600s, by shooting on location in the middle of nowhere with very little if any simulated lighting. The look and feel of the film definitely holds that time period close, even right down to the language and dialect of the movie. It’s quite outstanding. 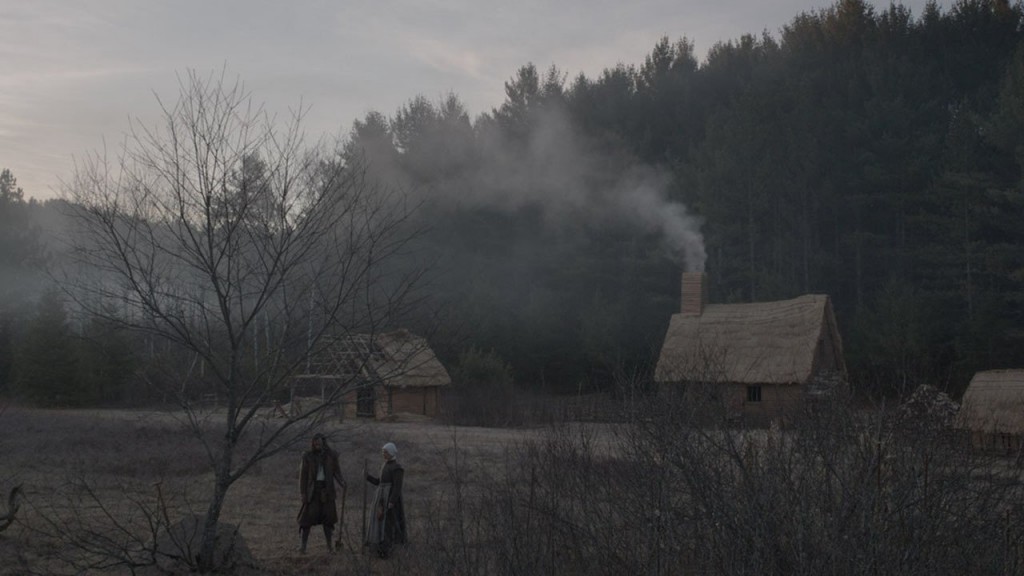 ‘The Witch‘ starts out with a family of seven being banished from their Puritan church and town over religious differences. The family is lead by the father William (Ralph Ineson) who loves quoting scripture, the hard-headed and slightly crazy mother Katherine (Kate Dickie) with their kids. The oldest is a early teenage daughter named Thomasin (Ana Taylor-Joy) who is a smart young girl, then there is the slightly younger boy Caleb (Harvey Scrimshaw) who wants to emulate his father, and then onto the two young twins who are little hellions (Ellie Grainger and Lucas Dawson), followed by a newborn infant.

The family moves to a very remote piece of land on the edge of creepy forest. Mysteriously, the newborn baby disappears, followed by shots of the moon, tall whispering trees, and an ugly old naked woman touching herself with something she shouldn’t be. It’s all terrifying. Soon after this, things go from bad to worse as William tries to calm his family down with religion and that life will go on. However, that’s not the case here as he member of the family comes face to face with evil in some form or fashion, rather it be their crop not growing, or their new goat milking blood instead of actual milk, or even some of the kids becoming possessed. It’s a doomed future for this Puritan family with one frightening revelation after the other. 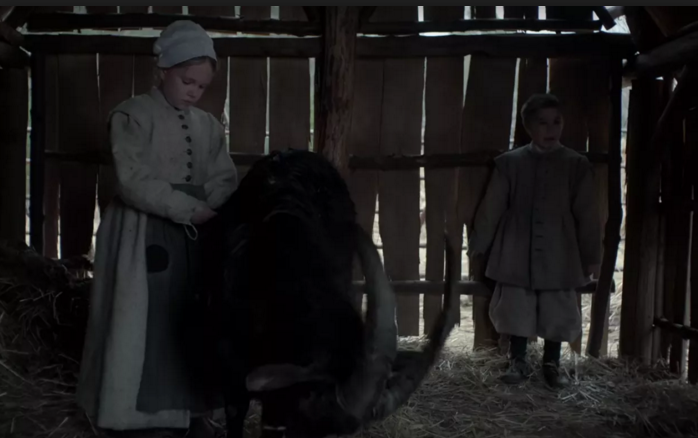 Like ‘The Shining‘, Eggers gives us enough time with the family to bond with them, before things turn sour and never takes to the cheap scare tactics. Each shot and scene and piece of dialogue is methodically and carefully planned to give the highest sense of tension and suspense, and it completely pays off with being one of the scarier and terrifying films to come out in a long time. It’s not scary or terrifying in the modern or conventional way though, but rather its an idea or notion that lingers with you for a long time after seeing some truly horrific images of a seemingly good family all turn upside down, much like ‘The Shining‘.

Cinematographer Jarin Blaschke’s amazing and uncompromising shots of the dark wooded areas and eerie atmosphere are incredible in these low lit situations and Mark Korven’s score is similar to that of ‘The Shining‘ also, which slowly builds to a crescendo in a haunting way then cut to black to the next scene. It’s very effective. Each performance is amazing, with everyone going the extra mile in delivering the authentic dialogue and emotions for the time. ‘The Witch‘ has slowly creeped up into one of my favorite horror films of all time and you should do yourself the favor of watching it.