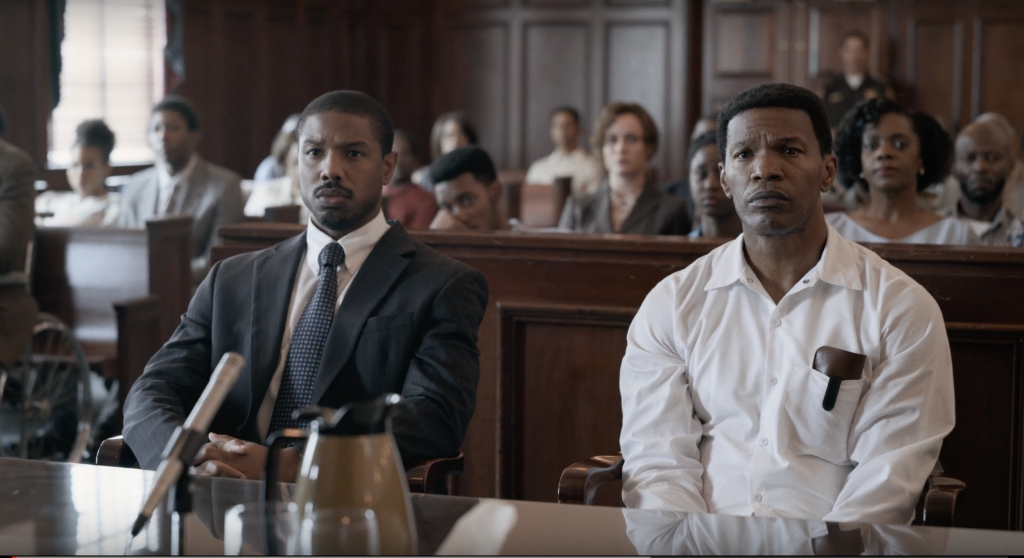 Just Mercy, the adaptation of the novel by Bryan Stevenson, is superb. I say this as someone who read the book, as a criminal defense lawyer, and most importantly, as someone who needs the message of hope now more than ever. As a lawyer who works in this field, I saw the film through a different lens, and I want to preface this review with that caveat. But, this film needs to be seen by people that have nothing to do with the criminal justice system. It’s not just a film for the black community, or for someone touched by the system, or for the disenfranchised- this is a story that needs to be told on a big screen to anyone that is willing to listen. I hope you are all ears.

The facts: Bryan Stevenson graduated from Harvard Law School and moved to Alabama where he founded the Equal Justice Initiative (EJI). Together with his director of operations, Eva Ansley, they begin to reinvestigate claims of innocence and multiple convictions that were questionable for one reason or another. Stevenson quickly made a name for himself in Monroeville by taking on the case of Walter “Johnny D” McMillian, a man sentenced to death for the murder of a white woman in 1987. Stevenson was shocked to discover that not only were there dozens of alibi witnesses for Johnny D but that the conviction was based on one man’s testimony, a felon who made a deal with the State for a reduced sentence. This testimony was shaky at best, and a pure fabrication at its worst. Upon recognizing that an innocent man sat on death row, Stevenson set out to bring McMillian home. 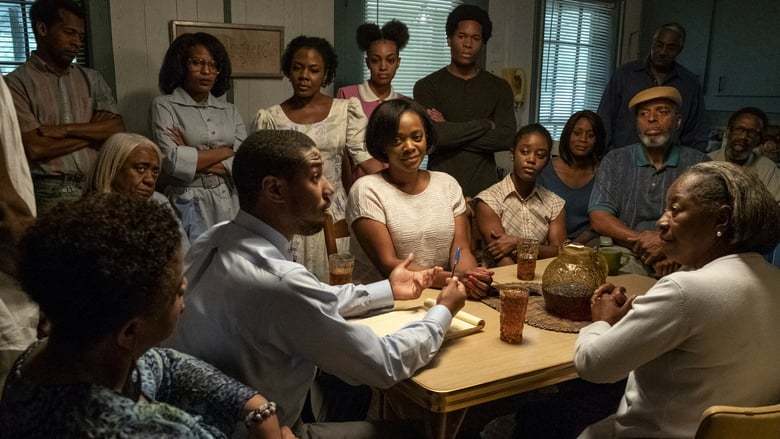 For those unfamiliar with the system, that may seem simple. He has an alibi, someone lied, just fix the mistake. But this was a David vs. Goliath situation and the stakes were huge for both sides. Those government officials involved were fighting for the victim and her family who were convinced Johnny D committed his horrible crime, but more so than their cries of victim’s rights, their reputations were at stake. And for McMillian- it was his life on the line. This case defined Stevenson’s path and put EJI on the map, and his book Just Mercy and this film do an incredible job of telling this gut-wrenching but ultimately hopeful story of justice.

The film: Michael B. Jordan (swoon) plays Stevenson and hits all the marks. His performance walks that line between confident and completely unsure of what he’s doing. This, I can attest, is the way all new lawyers feel. You’ve just gotten a fancy degree and you know things! But you really have no idea how to practice and now peoples’ lives are in your hands. Fake it til’ you make it is an everyday motto, and Jordan puts it into practice in the way he assertively strides in citing case law and demanding charges be dropped, while at the same time receiving questions like, “are you really a lawyer,?” and learning of rejections from people who are farther up the totem pole than he. Brie Larson, who seemingly manages to look good with a perm, plays Eva Ansley and is utterly charming. She is the heart, she’s the edge, and she works to ensure their little organization has a place to call home. She knows what her principles are and she doesn’t compromise them for anything. Although not a lawyer, she is clearly just as important as Stevenson in getting EJI running and off the ground. (Fun Fact: she’s still with EJI as their director of operations). 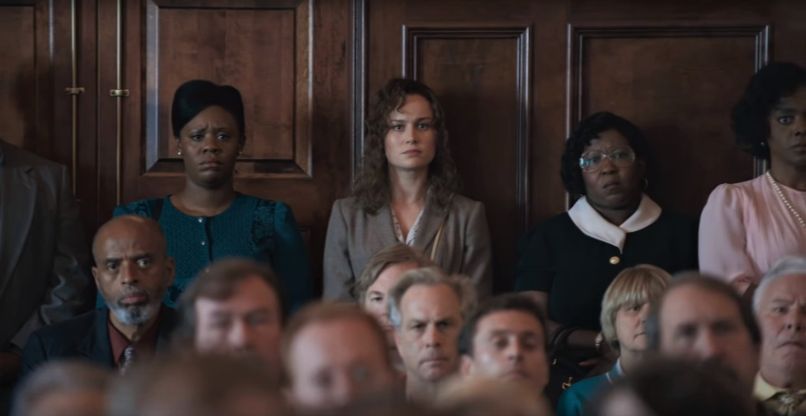 Lastly, McMillian is played by Jamie Foxx. His performance is beautiful. He touches on the myriad of emotions that prisoners feel while being incarcerated and of those going through the appellate process. His quiet strength in the movie is touching, and it’s a great performance, but I will say that if you want to get to know McMillian, I think the book does a better job. There are other notable performances: Tim Blake Nelson as the state’s key witness knocks it out of the park.

But is this real life? Yup. This book is a must-read, and if you don’t read, see the film. Better yet, do both. I read this book right after switching from prosecution to defense, and it was one of the things that made me feel solid and secure about the work I was doing. It rocks you. The film sits with you because it’s hard to watch injustice. It’s a difficult pill to swallow when you know someone is innocent, and the system won’t acknowledge the truth. In McMillian’s case, the evidence was there and the State would not relent. The local courts wouldn’t look at the case impartially, and with the scales tipped so heavily it seemed impossible. You see how challenging it is not just to get people to come forward, but to take the extraordinary step of speaking the truth in front of the people they know will complicate things for them as a result. You also see what happens when people are courageous enough to speak up and why it matters. The film does a truly terrific job of playing things true to life. 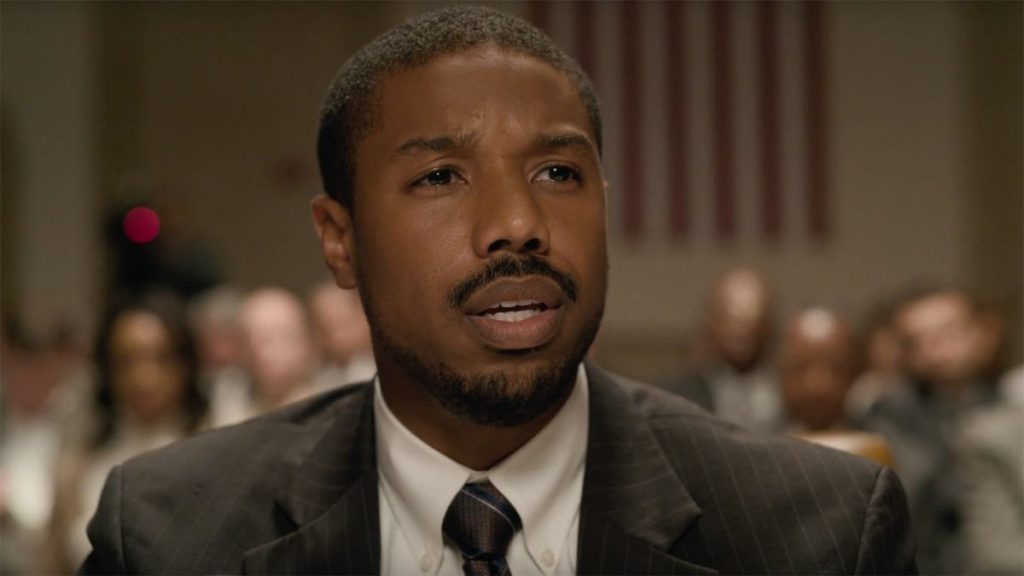 When I would go visit clients on death row, the most important thing was to bring a bag of quarters because the first things they asked for were treats out of the vending machine. The scene between Stevenson and Ralph Myers was eerily accurate. And as much as that made me smile, I was disappointed and haunted by the scene where Stevenson goes to visit his clients on Death Row for the first time and is searched. In prisons, the guards make all the rules. The rules are whatever they want- because they control everything. On one visit, a female colleague and I were not going to be permitted to visit clients unless we submitted to a pat-down of our chests to check for “metal.” This had never been a rule before and clearly seemed like a ploy to feel our breasts. My colleague protested and went to the car. We were not going to be allowed in to see our clients after driving hours. She eventually relented, much like Stevenson did in that humiliating scene because they were more important. This is our system.

You should see this movie because it’s real. It’s happening all around us, every day. We tend not to care if it doesn’t affect us, but it is affecting us. We are subjecting individuals, and families, and professionals, and anyone involved with this messed up system to the pain and the overwhelming weight it puts on them. That’s a ripple effect that we can’t escape. So see the film, tell your friends and family, and speak up. People’s lives depend on you.