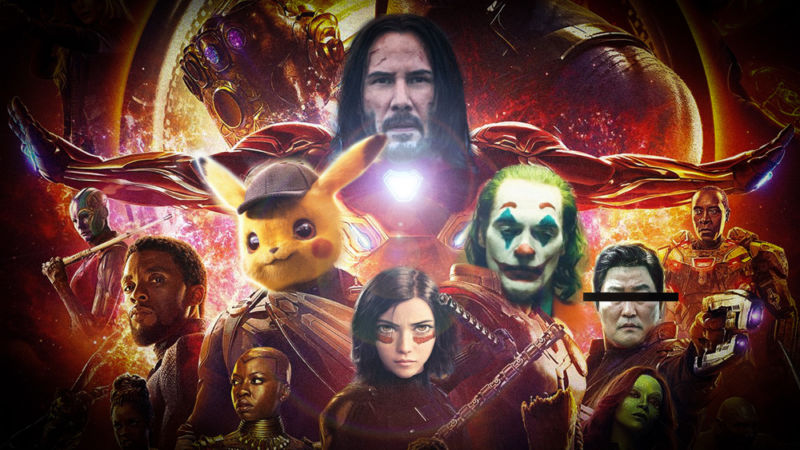 Dan Moran’s Favorite Movies This Year (in no order):

This is one of the most powerful movie experiences I had this year. An amazing cast anchored by two young newcomers in Taylor Russell & Kelvin Harrison showcase a whirlwind of emotion as a family in Florida deals with unspeakable tragedies and how they cope moving forward.

There isn’t much to say about this movie without spoiling something for someone who hasn’t seen it. All I can say is that it deserves Best Picture, Best Director, Best Screenplay, Best Editing, Best Set Design nominations and I would be thrilled if it won them all.

A nearly perfect thriller set in the diamond district of NYC centered on Adam Sandler’s great performance as a degenerate gambling, jewelry store owner, in way over his head. Give Sandler the nomination Academy!

This movie will make you cry and if you were like me (who was annoyed with Awkwafina) realize that she is actually a very capable actress. Knowing nothing about the culture here I found the movie to be very moving as the family struggles with how to say goodbye to their matriarch.

An absolute blast from start to finish with an intricate mystery story centered on a terrible family. Come for Daniel Craig’s most recent southern accent. Stay for Ana De Armas as she finally enters the casual moviegoer consciousness. Also (just to be a jerk) suck it Rian Johnson haters.

Simultaneously an extremely black comedy, a slapstick movie, a coming of age movie, an anti-hate story, and one of the most emotionally moving movies all wrapped into one. Taika Waititi is a master and I hope he makes movies forever.

Midsommar on its surface is a very good horror movie about a cult. Upon second viewing I realized it is actually just a fairy tale breakup movie that has some of the darkest humor put to film in recent years. Ari Aster is 2/2 for me in the last two years and Florence Pugh cemented herself as the “it” woman in Hollywood with her performance.

ONCE UPON A TIME IN… HOLLYWOOD

Tarantino’s Hollywood fairytale about the end of the 60s features some of his best work and maybe DiCaprio’s best performance ever. Tarantino also uses Brad Pitt properly for the first time in 15 years and for that Pitt will likely finally get an Oscar. From its attention to detail to the bonkers final 20 minutes the movie was nearly perfect to me.

All jokes about length and CGI out of the way? Good. The performances in this movie were easily some of the best this year. I thought Joe Pesci was mesmerizing. Watching Scorsese paint on his own canvas with nobody from Netflix telling him anything really gave us an incredible movie experience and we should all be thankful for it.

What do you want me to say? The third entry in a ludicrous series shouldn’t be this good. Halle Berry had two dogs and John Wick used a samurai sword on a motorcycle. 5 stars!

Just a warm, feel-good movie experience with three great performances. What should be schlocky feels honest and earned. I loved it.

After I walked out of this movie I texted with some friends who had seen it and we all agreed we have no *actual* idea what happened and it all depends on how you interpret the folklore, myths, editing etc. of the film. What we all agreed on? We were glued to it for two hours and Willem Dafoe and Robert Pattison gave two of the best performances of the year.

One of my favorite watches this year. It had great suspense, good gore, and was hilarious at times.

I think this movie has the two best acting performances this year but I didn’t “enjoy” watching it because I’m not a fan of watching this reality of a breakup. It hurt to watch.

When you manage to wrap up an entire film series arc in a satisfying manner you have my appreciation after what Star Wars did 2 weeks ago. Plus it was a blast.

A worthy follow up to GET OUT but it didn’t stick with me the same way GET OUT did. Though I do think Lupita Nyongo is being criminally overlooked.

6 UNDERGROUND (seriously what was that?!?!)

Leonardo DiCaprio – Once Upon a Time…In Hollywood

Brad Pitt – Once Upon a Time…In Hollywood