“Charlie’s Angels is the ultimate plane movie I’ve ever seen.”

Charlie’s Angels is a completely serviceable popcorn flick. It fulfills its purpose to entertain for 2 hours and be entirely forgettable before the credits stop rolling. With fun performances and a story that doesn’t ask you to take it seriously, it moves from costume change to set-piece at an alarming rate before culminating in an ‘Ok’ finale.

There are three Bosleys that appear in this movie from Dijimon Hounsou, Patrick Stewart, and writer/director Elizabeth Banks and they are in charge of angel teams. Three women who work for Charlie and complete very important missions related to national security. This plot setup is no dumber than any Fast & Furious entry or any action movie ever made. Where this one starts to falter for me is that the writing seems like it was taken from “Zack & Miri Make a Porno“. I am here for ridiculous plot gymnastics to get to action sequences but the dialogue in so many scenes feels like someone delivering a pizza with extra sausage. I chuckled or rolled my eyes quite a bit during most dialogue and I highly doubt that was the intention. 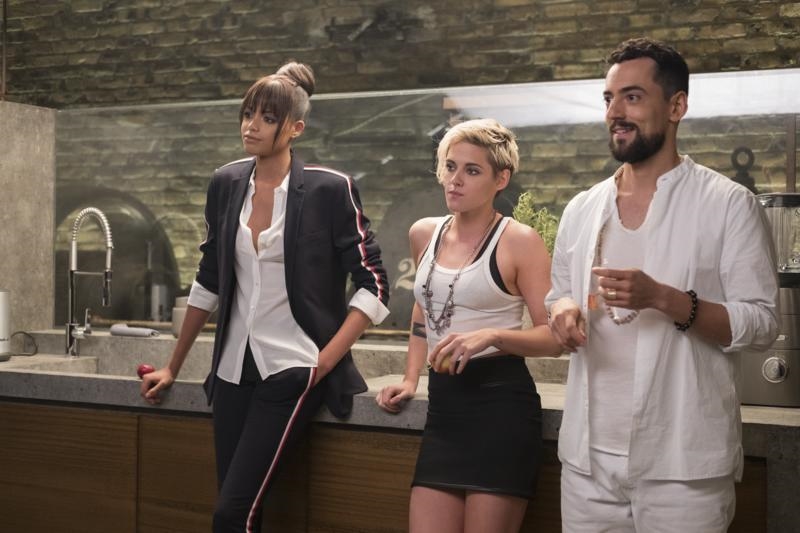 The action sequences are pretty entertaining though. The typically over-complicated situations the angels find themselves in lead to some really great set-pieces that showcase Elizabeth Banks‘ ability to shoot action pretty dang well. It is a shame most of the other scenes surrounding them aren’t handled with the same level of care.

What does work though, is the chemistry between the Angels. Naomi Scott, Kristen Stewart, and Ella Balinska seem to be having a blast together and by the end of the movie feel like a real team. Their chemistry isn’t on the level of the Ocean’s 11 cast, which practically charmed you in every scene, but it is in the same ballpark. You can tell everyone loved working together and when pretty people are having fun on-screen you can’t help but go along for the ride. It was especially nice to see Kristen Stewart back in a mainstream movie where she was able to show off that she is capable of having a character with a personality since the majority of the public only knows her from Twilight. Stewart has been putting out good performances in independent movies for years and it was nice to see her come back to 3000+ screens with a fun character. 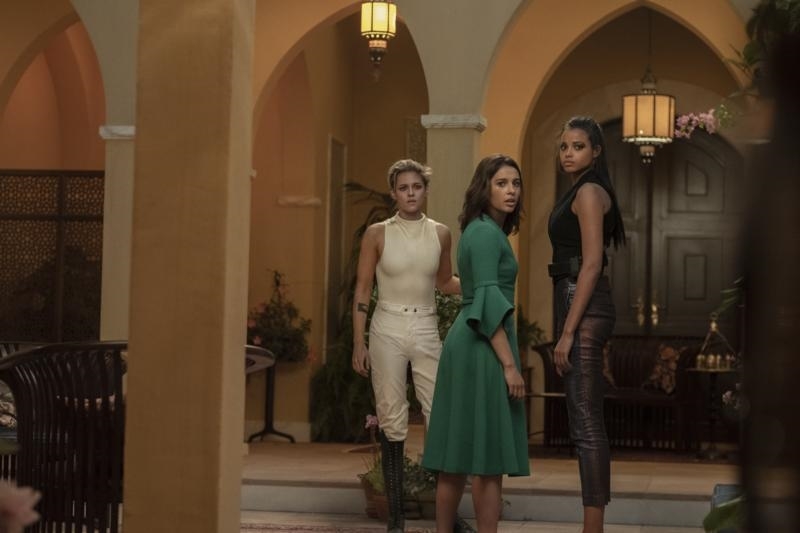 The male characters in Charlie’s Angels are completely useless caricatures to either drive the plot or be villains. I liked it. It was a nice overt commentary on how female characters are typically used in action movies. Unfortunately, as I said earlier, the movie did absolutely nothing to lift the genre though or even infuse it with anything unique.

Charlie’s Angels is a movie best viewed at 30,000 feet. The ultimate plane movie if I’ve ever seen one. It is bright, loud, and fun enough to distract you from the fact that you are flying 600mph with a bunch of farting strangers. Nothing that happens is deep or interesting enough to really push it over the top but the performances are fun enough to justify a viewing.