DOLEMITE IS MY NAME – Film Review! 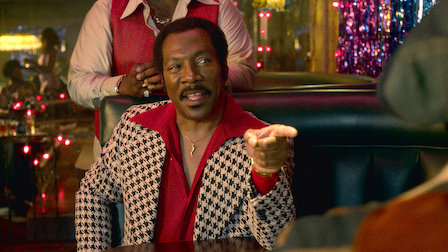 Inspired by the true story of Rudy Ray Moore’s unconventional and surprising career comes to life in Craig Brewer’s new film ‘Dolemite is My Name‘ starring the impressive Eddie Murphy. The movie has a treasure trove of elements working in its favor, including a stellar cast, a story of making a movie on a low-budget, and Eddie Murphy in rare form, which has re-ignited his passion for stand-up comedy. Following on the footsteps of Brewer’s previous endeavors – ‘Hustle & Flow‘ and ‘Black Snake Moan‘ – ‘Dolemite is My Name‘ walks a different path, one of which brings big smiles and laughter to the screen every minute it’s rolling. Truly one of the best of the year.

This faithful account of Rudy Ray Moore’s underdog tale is heartwarming and laugh-out-loud funny that follows Moore (Murphy) already a middle-aged man working at a record store, trying to jump-start his singing career so late in life. After a homeless man starts telling animated tales of his younger days inside the store and seeing the reaction it gets from the customers, Moore has a light-bulb moment and tracks down the homeless guy, where he records his colorful yarns of yesteryear. 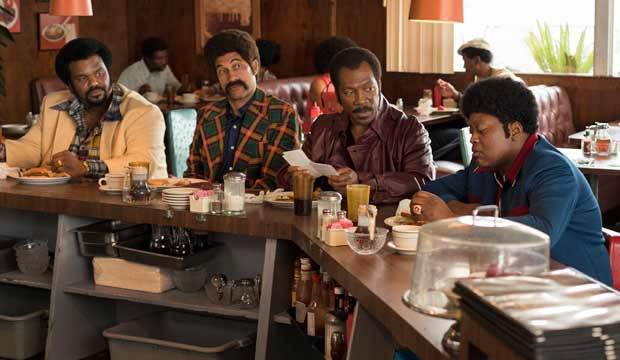 As Moore practices in his home, he develops a brash character with a new wardrobe and wig to match called Dolemite, who dresses like a pimp and commands a room as if he were the king, shouting out hilarious vulgar jokes on sex, drugs, and music. Low and behold, this act takes off quickly and he records a comedy album, but nobody will print it. Moore then takes it upon himself to produce and sell his own record out of the trunk of his car and it becomes that underground success, which is where the record labels come calling.

After this and through the help of his friends Jerry (Keegan Michael Key), Jimmy (Michael Epps), Ben (Craig Robinson), and Theodore (Tituss Burgess) – they end up making a film version of Dolemite, complete with gratuitous nudity, kung-fu, and pimp slaps. Let it be known that this underground film went on to make a ton of money and spawned several sequels and you can see why.

Most of ‘Dolemite is My Name‘ follows the making of the first Dolemite film, where we see all the intricacies and hardships of making a movie with almost no budget. However, as every filmmaker knows, it takes a village to make a movie, which shows the heart and soul of everyone chipping in to make this happen, because they believe in Moore. Despite all the excellent F-bombs and sexual language, the film showcases faultless loyalty and pure love of cinema and comedy. Even when Moore becomes successful, he never let it go to his head and truly appreciated his fans and it shows here. 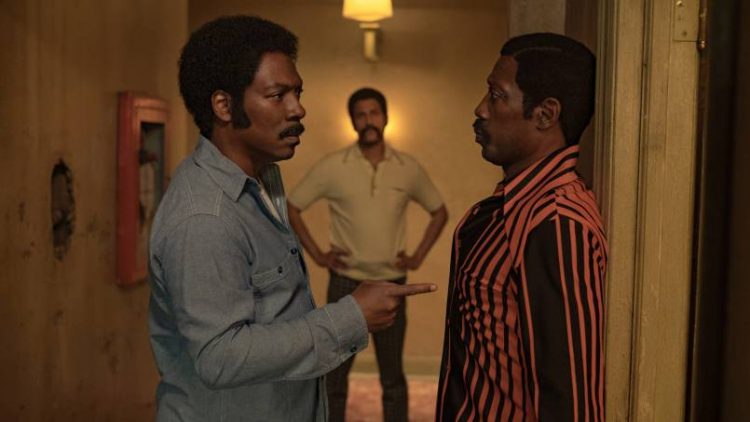 Eddie Murphy hasn’t done a film like this in a long time and is a big welcome-back that displays his incredible talent to totally immerse himself into a character. He’s witty, relatable, and you instantly fall in love with the guy. With his perfect delivery and funny body language, I have no doubt Murphy will be talked about for years to come in this role. Co-stars all turn in great performances, but Wesley Snipes as D’Urville Martin is easily one of the most memorable facets of the film. He’s drunk and his ego is so big that it has begun to eat himself, where Snipes gives a riveting and hilarious show as this character. Every time he and Murphy were on screen was solid gold.

‘Dolemite is My Name‘ packs the great music that comes with the soul of the 1970s and some award-worthy performances. The story will have you glowing after you watch, where you’ll immediately want to tell your friends about it and seek out the original albums and films. It doesn’t get better than this.