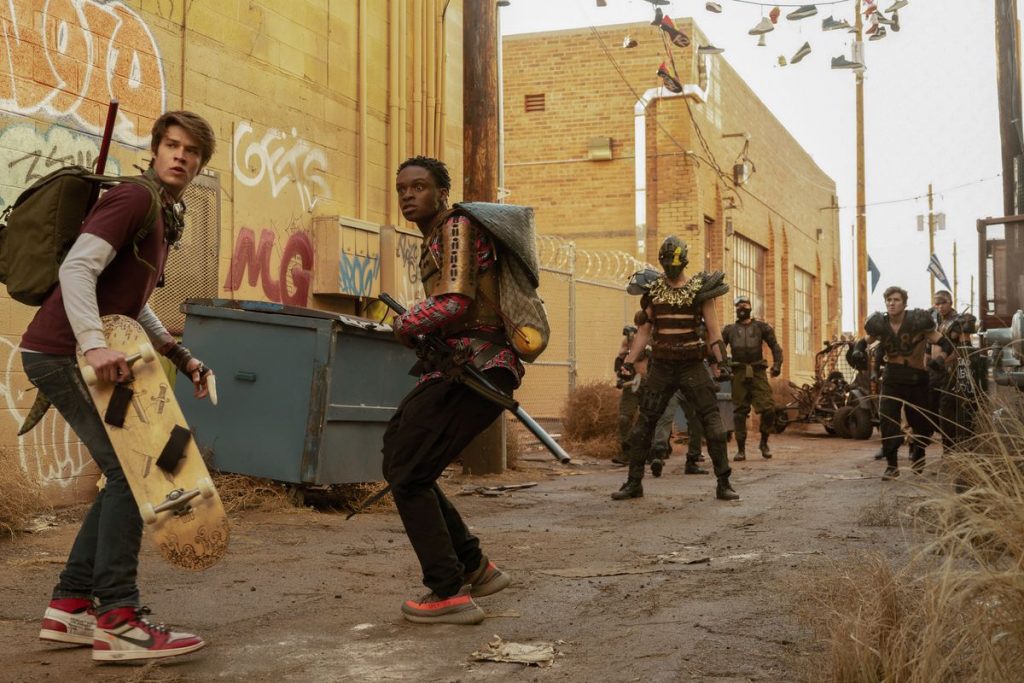 An unlikely blend of misfits dodging flesh-eating adults and ‘Mad-Max‘ style bullies in a modern-day wasteland that burns down the fourth wall in a creative style comes ‘Daybreak‘.  In a vast marsh-land of zombies and apocalyptic movies and tv shows, it’s somewhat difficult to find something fresh and fun in this sub-genre. With this fun-as-hell and witty new Netflix show, new life has been given to the apocalypse that never takes itself too seriously. Whenever the show seems to go one way, it does a 180 and goes down a different path. It forever keeps you on your toes and delivers laughs and some solid entertainment.

Told in a breaking-the-fourth-wall type of way along with some ‘Goodfellas‘ narration, we meet a high-school kid named Josh who seems to have the apocalypse figured out. Through a couple of fun flashbacks, we find out that our own government nuked the planet, turning all the adults into a different bag of the undead. Yes, they want to drink your blood, but there is more to them than just the normal growls and grunts. The animals have also started to mutate as well. This puts the kids of the world in charge and you can bet the farm that there will be problems both big and small with several factions of jocks, the golf team, and even someone who identifies as a seahorse or shall I say a horse of the sea.

Through most of the show, Josh is trying to find his girlfriend Sam who seems to be alive but missing. He comes across fellow classmates from school who weren’t necessarily good to him before the apocalypse, but have now formed a group to stay alive and none of them are what they seem on. the surface, which makes this all the more fun to watch as crumbs of details are revealed in each episode. There are plenty of winks and nods to the influences that are evident in this show. From zombie movies to ‘Mad Max‘, all the way to ‘Kick-Ass‘ and ‘Deadpool‘ – these small easter eggs are crafted in a humorous and self-aware method. It’s a bloody blast. 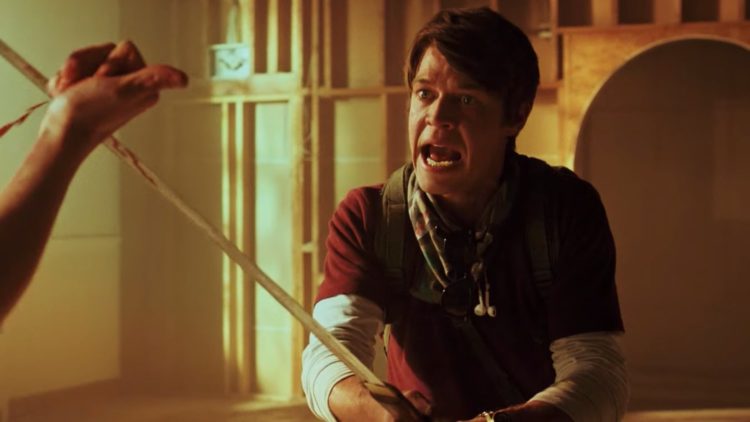 ‘Daybreak‘ adds a huge amount of lore and atmosphere into this alternate reality that all seems too weird to jumble together, but it all makes sense in this series at the same time. With so many serious takes on this particular genre, it’s nice to see someone bathe in the amusement and sheer enjoyment of a dire situation. The show succeeds because it fully embraces its odd-ball tone and never tries to be something its not. ‘Daybreak‘ is a big win in the zombie/apocalypse category.