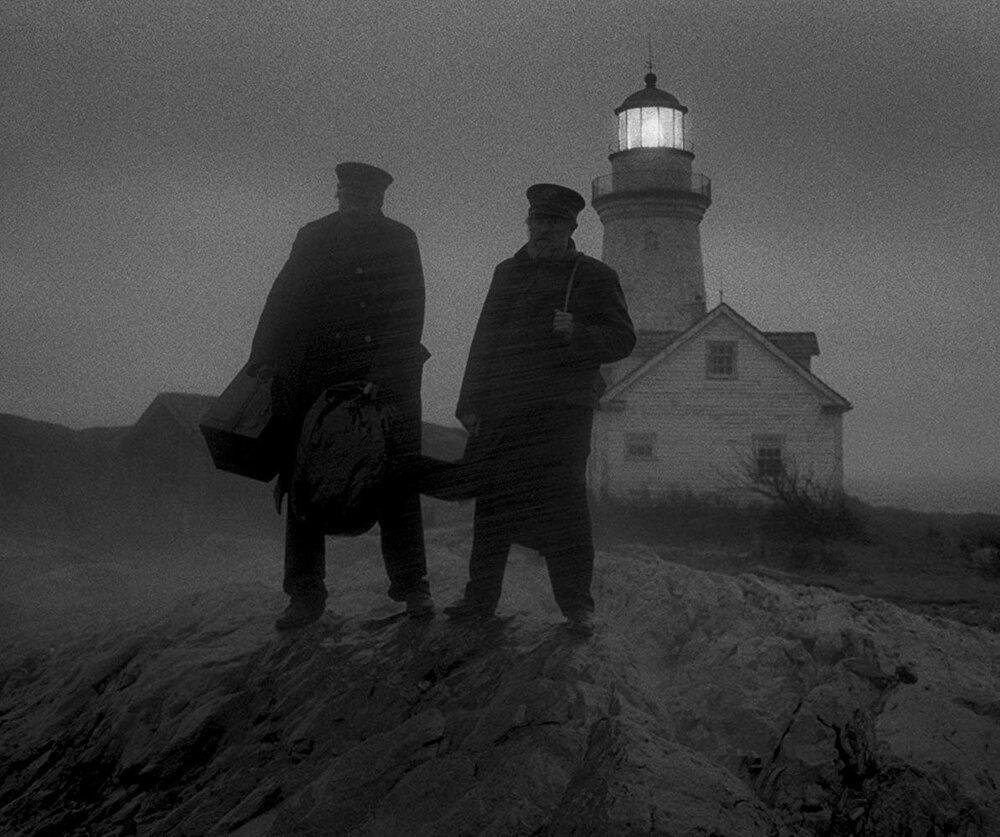 In the most intense “Odd Couple” story-line, packed with phenomenal performances and a thick 1890’s New England dialect drowning in that ocean juice called rum, Willem Dafoe plays a salty keeper of a lighthouse where a new young man (Robert Pattison) is instructed to help out with the grunt work for a long four weeks together in ‘The Lighthouse‘. From writer-director Robert Eggers (The VVitch), comes this darkly comedic tale of two strangers, forced to live and work with one another in claustrophobic quarters, where alcohol takes over their sanity as creatures and storms start to rear their ugly heads.

Eggers flawlessly gave us a film in 2015 set in the 1630s with the ingredients of satan and witches. His penchant for a slow-burn horror and a family falling apart under paranormal and religious circumstances was unparalleled. The same can be said for ‘The Lighthouse‘, but with an added large bit of comedy as Thomas Wake (Dafoe) and Ephraim Winslow (Pattison), eat, work, sleep, drink, and fart together in a North Eastern Lighthouse. What Eggers did for witchcraft in ‘The VVitch‘ with his storytelling and folklore, he brings to ‘The Lighthouse‘ with stories of ocean mythology, sea monsters, and more in a perfectly shot image that mimics films from the 1920s – complete in black and white and filmed in a vintage frame rate of 1.19:1. 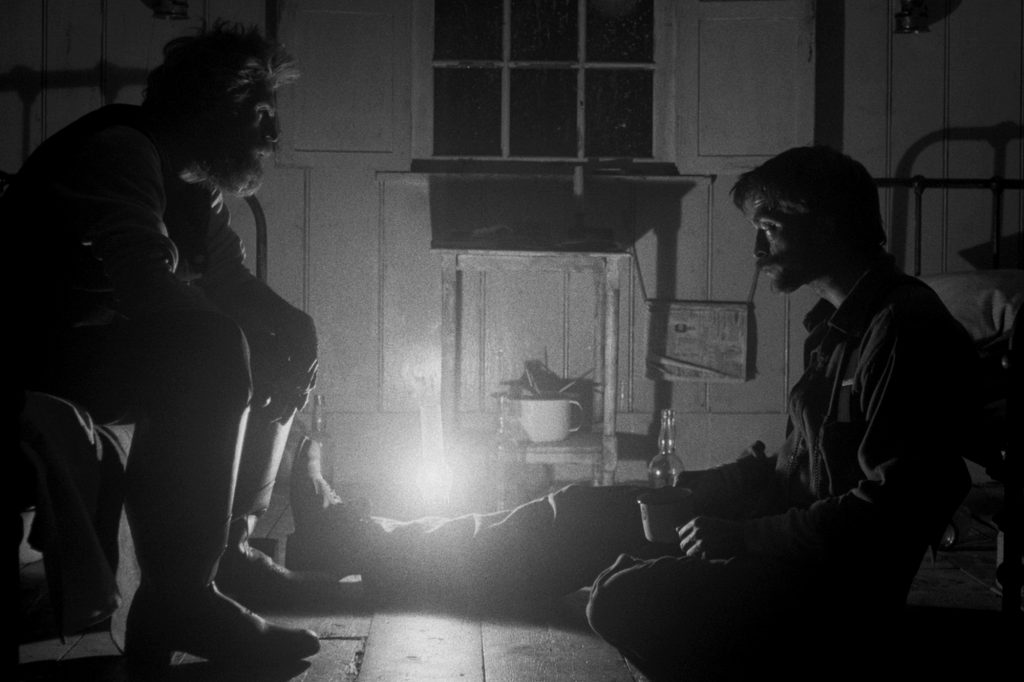 As Wake and Winslow first meet each other at ‘The Lighthouse‘, there is a big strong boss/meek underling dynamic where Wake constantly belittles Winslow for his shoddy work and screams at him the tales of the past and how things are done. Winslow can only bow his head and agree. But once night falls and the two eat dinner together soaked in Rum, their true nature comes forth, mixing both anger, laughter, and sentimental moments. It’s almost like watching a sitcom at times where two people will throw fists at one another in a rage, but after one swig of the night-sauce, you’re dancing and singing ocean-logged songs together, along with more farts.

As ‘The Lighthouse‘ keeps rounding its powerful light-beam, the two men begin to lose their sense of self and begin to hallucinate, seeing other-worldly creatures and growing unaware of how much time has passed with their shrinking home quarters seemingly getting smaller by the hour, which with the elements of isolation can enhance an instability in the human psyche. (See ‘The Shining‘). In fact, I can see quite a few similarities in Kubrick’s horror film in ‘The Lighthouse‘, including an ax and apparitions.

The breakout star of ‘The VVitch‘ was, of course, the goat Black Phillip. Here, Eggers continues that tradition with an ill-tempered seagull that seems to be the bane of Winslow’s existence. As Black Phillip is integral to ‘The VVitch‘ storyline, this white feathered bird is just as essential to ‘The Lighthouse’ and its characters. It’s a small part of the film but is ever affecting and haunting. 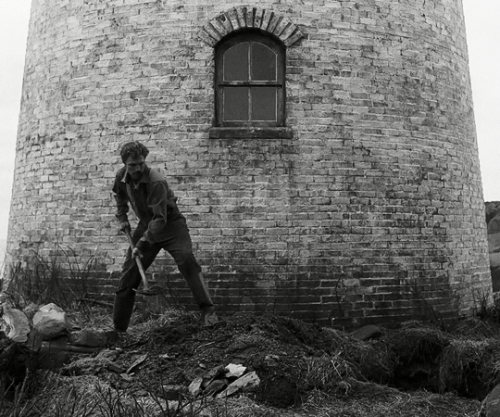 Robert Pattison and Willem Dafoe deliver remarkable performances as they have mastered the old-timey dialect to a tee and bounce off one another in their drunken stupors perfectly. Their big monologues that can be heard in the distance to their sea-shanty jingles are pitch-perfect with the right amount of subtle humor and ferocity. They can turn on a dime with their emotions in a believable way where you can legitimately see them fighting to the death or having a one-night stand at the midnight hour. It’s simply amazing to watch.

Robert Eggers is continuing to impress with his uncanny ability to showcase original stories in a very unique visual style. ‘The Lighthouse‘ is haunting, funny, and hypnotic all at once.