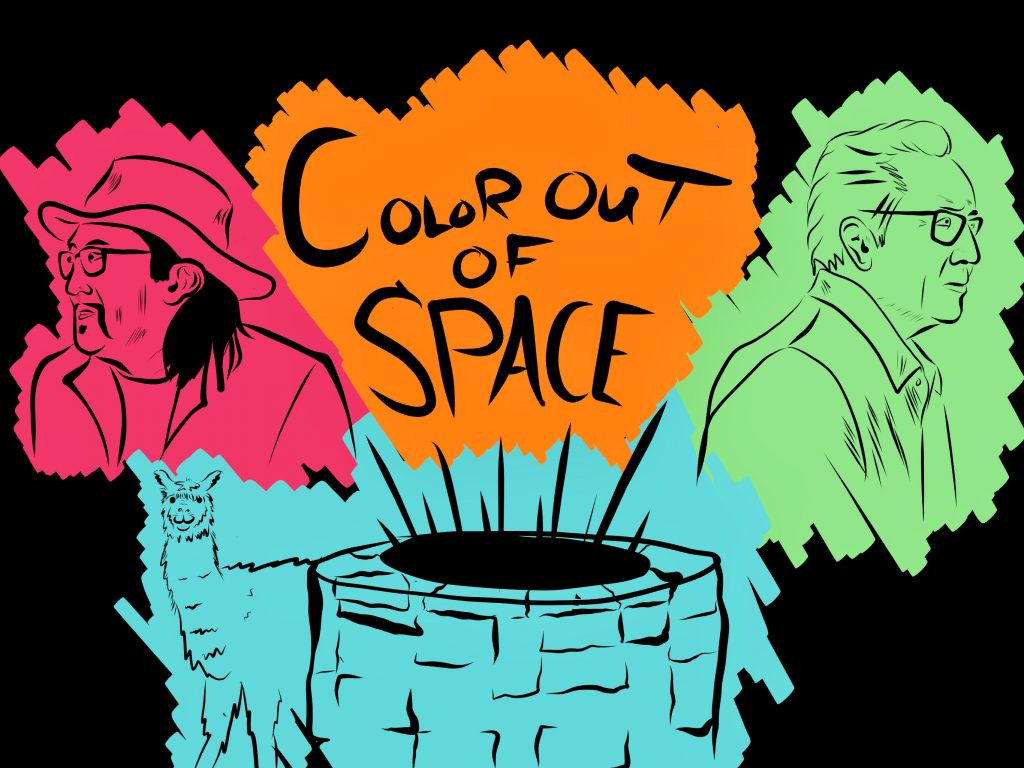 Richard Stanley was the subject of a 2014 documentary that chronicled the troubled production of 1996’s The Island of Dr. Moreau, a passion project from which he was fired. I could not be more thrilled that after twenty-three years Stanley returns to the director’s chair to bring us one of the most fun and effective H. P. Lovecraft adaptations on-screen with Color Out of Space. Oh, and it is starring Nic Cage giving an increasingly outlandish performance that goes places with some alpaca. Are you sold yet?

What starts out with the Gardner family trying to find their own way on their inherited farm, quickly takes a turn towards the bizarre when a meteorite crashes near Gardner’s well and quickly dissipates. The challenges faced by the individuals in the family, such as disappointing crops, telecommuting with a questionable internet connection, or performing Wiccan rituals to escape the rural life, are ramped up while struggling to cope with something intangible and out of this world.

The space rock is gone, but something has changed with the local water supply, and it is having an effect on everything growing and living on the farm, including Tommy Chong for some reason. Where the characters and environment in the Lovecraft short story suffer a gray and brittle fate resulting from their otherworldly encounter, Stanley’s movie goes in a much more visually engaging direction, reminiscent of the insanity taking place in John Carpenter’s The Thing. 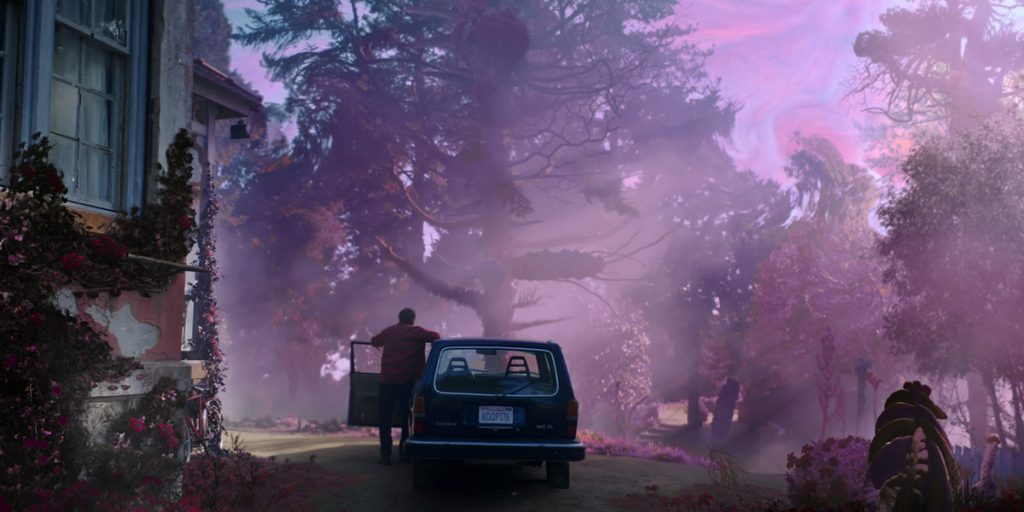 And while this story has clear parallels with Annihilation, which features an otherworldly presence that mutates nearby life using trippy/horrifying visuals, Color out of Space has a very different focus and perspective. How does an isolated family living on a farm in Massachusetts endure the havoc and indifference of a force that cannot be comprehended? More importantly, how does Nic Cage react to eating mutated produce?

I am thrilled just to see a new Richard Stanley movie in 2019, one that I just hoped would be weird enough to stand out. What is delivered is an engaging story that really captures the horror and magnitude of Lovecraft’s story, a task that is not easily accomplished judging by the countless other less successful attempts. Exciting performances, insane visuals, a faithful adaption of Lovecraft’s favorite of his short stories, all backed by a great new score by Colin Stetson.